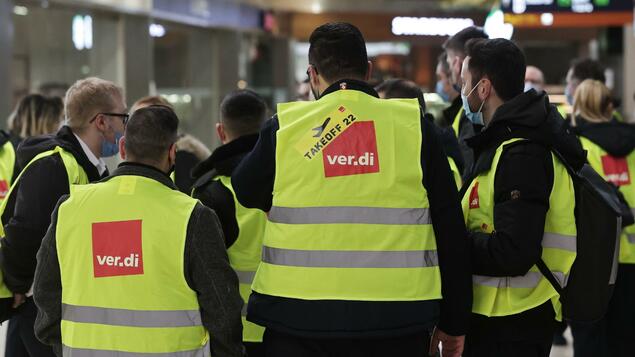 Verdi called on security forces responsible for monitoring passengers at several German airports to launch warning strikes throughout the day on Monday. According to the union, strikes are scheduled to occur at the airports of Dusseldorf, Cologne / Bonn, Berlin, Bremen, Hanover and Leipzig.

The warning strikes are part of a collective bargaining struggle between Verdi and the Federal Aviation Security Association (BDLS). The union is negotiating with the employers’ union a new collective agreement for about 25,000 security forces across the country.

At the end of February, after two rounds of negotiations without result, there were warning strikes on individual airfields. At the beginning of March, the third round also did not produce a result. Verdi describes the employer’s offer as “insufficient”. The Federal Association of Aviation Security Companies has talked about rough estimates after recent talks, but ideas are still far apart.

Verdi wants to sign a twelve-month contract and increase his hourly wages by at least one euro. The salaries of baggage and personnel inspectors should reach the level of personnel in passenger control, and personnel in aircraft security and boarding passes control should be paid uniformly across the country. The two sides wish to meet on March 16-17 in Berlin for further negotiations. (dpa)

Berlin-Brandenburg is based on the Siemens hydrogen train