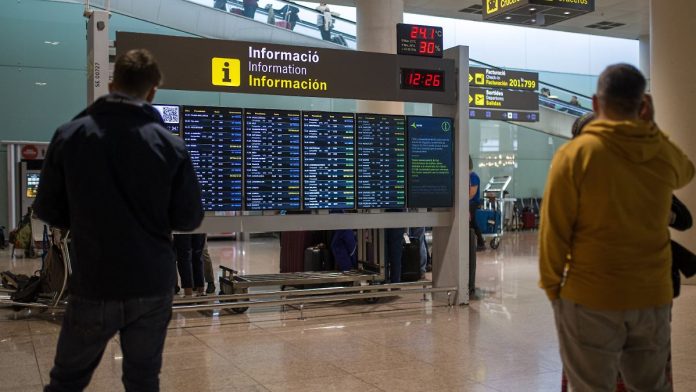 At times it seemed possible that the remains of a Chinese space rocket could crash over Spain. There, the news causes airports to close. But the danger is over, the parts have fallen into the Pacific Ocean.

Beijing said the remains of a Chinese space rocket landed in the Pacific Ocean. The Chinese space program shared the coordinates of the impact site, after which the debris fell into the Pacific Ocean off the coast of Central America. Most of the Long March 5B rocket was burned and destroyed when it re-entered Earth’s atmosphere. Re-entered at 6:08 PM CET (11:08 AM CET). The US Space Command had earlier tweeted that the missile had entered the atmosphere over the Pacific Ocean.

Because according to previous calculations the missile could have crashed over parts of southern Europe, the airspace over Spain was temporarily closed on Friday morning. The reason for the airspace closure was a warning from the European Aviation Safety Agency (EASA). Barcelona, ​​Tarragona and Ibiza airports were affected, Spanish media reported, citing the Civil Defense. The procedure ended about 40 minutes later, shortly after 10 a.m., the Civil Defense announced on Twitter. El País wrote that this could still lead to significant delays in air traffic throughout the day. All air traffic at the aforementioned airports has been temporarily suspended.

The space debris comes from a rocket that China used to launch the last unit from its Tiangong space station, which is currently under construction, on Monday. The entry of large Chinese missile parts into the Earth’s atmosphere has drawn repeated international criticism. According to official information from Beijing, parts of the missiles fell into the sea near the Philippines in July. Although experts considered the probability of infection of people or populated areas low, NASA and experts criticized the Chinese approach. “No other country is leaving these 20-ton objects in orbit to re-enter Earth’s atmosphere in an uncontrolled way,” astrophysicist Jonathan McDowell of the Harvard-Smithsonian Center for Astrophysics told CNN in July.