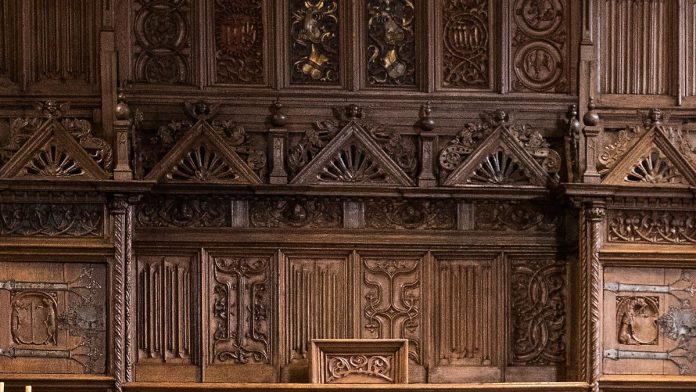 “Regulatory Decision”
Barbock regrets being deported at the G7 meeting

At the Group of Seven foreign ministers meeting in Münster, something missing in the City Hall’s Peace Hall caused a lot of discussion: a historic wooden cross. After criticism from the union, Foreign Minister Barbock explains the reason for dropping the “Council Cross”.

Foreign Minister Annalena Barbock has expressed regret at the Foreign Ministry’s decision to raise a historic cross from the venue of the G7 meeting in Münster. “I wish we hadn’t put it away,” the green politician said after meeting with colleagues from economically powerful democracies. It was not a conscious decision, “especially not a political one, but clearly a regulatory one.” I only discovered it on a Friday morning.

The G7 foreign ministers met at the two-day meeting organized by the German Foreign Ministry in the Peace Hall of the historic City Hall, among other venues. There is actually a large cross on the edge of the wood-panelled wall, according to “Westfälische Nachrichten” and “Ratskreuz” from the 16th century. However, photos of the G7 round from the chamber show an empty base without a cross.

Strong criticism from the union

Barbock said the Peace Hall has been extensively redesigned to make it a conference venue “and as part of the rebuilding, the cross has also been moved.” The cross is part of the history of the place and therefore it should have belonged also to the historical hall. She asks for your understanding that as Secretary of State she is not personally responsible for the organizational change. “Still, I’m very sorry about that,” Barbock said.

The decision caused an uproar. Marcus Liu, mayor of Münster, of the CDU, said the diocese of Münster showed a lack of understanding, “this decision should not have been made and I regret it”. The Parliamentary Director of the Union faction, Thorsten Frey of the CDU, criticized Welt TV that everyone who had symbols of the Christian faith removed from a conference room was not universal, but stubborn. “A sad and unimaginable new dimension has been reached,” fellow parliament member Christian Schinderlein told the Rheinische Post.

Barbock responded to this criticism without directly naming the union: “Let’s argue politically about the situation in Ukraine or Iran or about other domestic political matters. But I really think we should discuss this now – that’s a really wrong sign, especially from Münster.” In addition to Germany, the G7 includes France, Italy, Japan, Canada, the United States and Great Britain. She will chair Germany until the end of the year and is currently responsible for organizing the conferences.

A visit to the United Nations: Your American colleague has several...