Home World On the rise after the election: Biden decides to renew the candidacy... 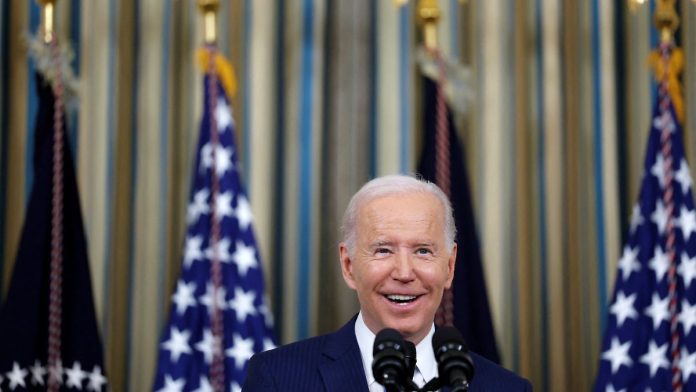 Donald Trump is likely to throw his hat into the ring for the next US presidential run next week. But what about the current incumbent? Joe Biden would like to defend his seat in the Oval Office, but he doesn’t decide on his own.

US President Joe Biden said he wants to decide early next year whether he will run for a second term in the 2024 presidential election. “I intend to run again,” Biden said at a White House news conference after the midterm elections. But this is an “ultimate family decision”. The 79-year-old said he was “in no hurry” to make a decision. It is assumed that after his talks with his wife Jill, he will commit early next year.

Biden’s predecessor, Donald Trump, has recently made it increasingly clear that he aims to return to the White House and that he wants to run for president within two years. The Republican promised a “very important announcement” next Tuesday. Biden has repeatedly said he wants to prevent right-wing populists from returning to the presidency. However, the Democrat is struggling with poor poll numbers and is already the oldest president in US history. He will turn 81 in the 2024 presidential election.

Trump vs. DeSantis ‘It’s going to be fun’

Recently, however, Biden has been on the rise again: Democrats cut Tuesday’s midterm elections Better than expected and prevent the Republicans from achieving a landslide victory. Although the Democrats are likely to lose their majority in the House, they stand a good chance of defending their majority in the Senate. The races were so close that US broadcasters didn’t announce the winner until Wednesday afternoon (local time).

The fact that the “red wave” many Republicans had expected did not materialize in the election weakens former President Trump, who backed several conservative candidates during the campaign trail. In Florida Republican Governor Ron DeSantis, who was re-elected by a large majority on Tuesday, also has an in-party rival he could challenge for the Republican presidential nomination. When asked Wednesday about the rivalry between Trump and Diants, Biden said, “It will be interesting to watch them compete.”