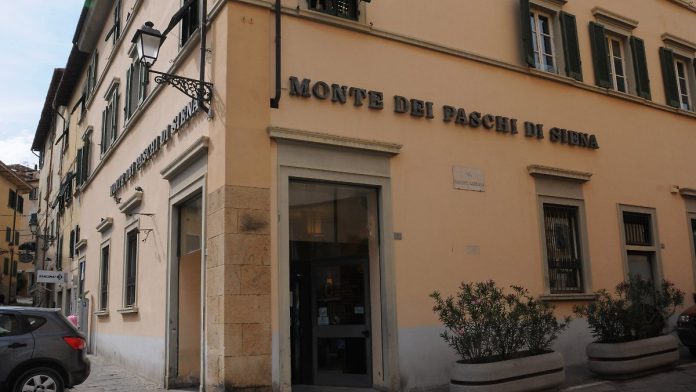 Now my Draghi has a problem

In recent years, Italy’s oldest bank, Monte dei Paschi, has made headlines mainly through bad loans. It is clear to the government: a chronically unprofitable financial institution must merge with a strong partner. But conversations with UniCredit fail.

The potential sale of Italian nationalized crisis bank Monte dei Paschi di Siena (MPS) to competitor UniCredit has failed. Unicredit and the Ministry of Economic Affairs said the negotiations had been halted and would not continue anymore. According to insiders, dramatically different ideas about the financial aspects of the deal led to the failure. The ending makes it difficult for Prime Minister Mario Draghi to sell Monte Paschi, which was rescued from bankruptcy in 2017 with billions of dollars in taxes, by mid-2022 as agreed with the European Union.

In addition, the government must obtain approval from Brussels to be able to pump more money into the crisis bank without a scenario for the state to exit MBS. Rumors that the talks were on the verge of failure after months of negotiations have been circulating since Saturday. The reason was the dispute over an expensive recapitalization of MPS, the insider said. Italy saved the world’s oldest bank from collapse in 2017 with 5.4 billion euros, and since then it owns 64 percent of the shares.

The government has always viewed a merger with a stronger partner as the best solution for Bank Tuscan. A person familiar with the matter said the two sides differed on financial issues. UniCredit demanded that the state put another €6.3 billion in Monte Paschi in view of the necessary corrections to the MPS’s books.

However, the Ministry of Finance considered these amendments to be largely unjustified. In addition, Unicredit valued the MPS parts it wanted to buy at only €1.3 billion. The Ministry of Finance, however, assumed from 3.6 to 4.8 billion euros. Thus, Unicredit’s demands would have thwarted the government’s goal of not selling MPS for less than its value.

Plan to sell by the end of December

Unicredit did not respond to the information. A source said the government could now come up with a “Plan B”. The person familiar with the considerations said, “No deal is currently possible under the terms of UniCredit. But the same framework that was introduced to UniCredit can be applied to a ‘stand alone’ plan.” The government has already considered the potential advantages of MPS independence, as the Treasury will implement parts of the measures that have also been submitted to UniCredit – including a multi-billion euro capital increase. It is possible that the government will reorganize the management in Monte Paschi and transfer the bad loans from MPS to the state rescue company AMCO.

The Directorate General of the European Commission (DG-COMP) has the last word on the fate of Monte Paschi. This called for a plan to sell the crisis bank by the end of December. The extension of the hills can be visualized. According to insiders, the public administration is unlikely to abandon the sale order.