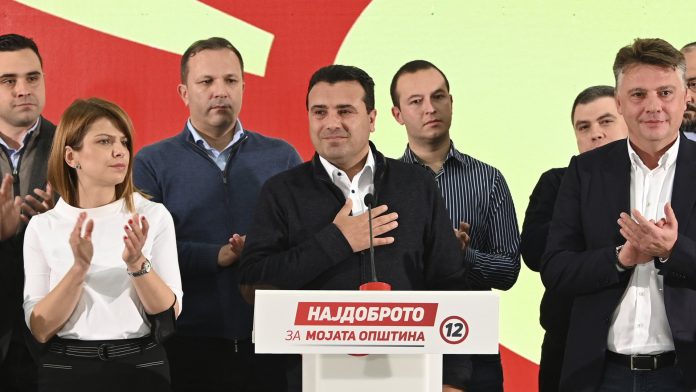 The prime minister bears responsibility for his party’s poor performance in the local elections. He has been in office since 2017 and led the country into NATO.

North Macedonia Prime Minister Zoran Zaev announced his resignation. Zaev told reporters on Sunday that he bears responsibility for his party’s poor performance in the local elections that took place at the weekend. “I take responsibility for the results of these elections,” Zaev said. I am resigning as prime minister.”

Zaev said he “brought freedom and democracy” to the country. “And democracy means taking responsibility.” Zaev has been Prime Minister of North Macedonia since 2017.

The head of the opposition nationalist party VMRO-DPMNE, Christian Mikoski, has called for immediate elections. In last year’s parliamentary elections, a party coalition led by Zaev won a slim victory over VMRO-DPMNE.

Negotiations to join the European Union have been suspended

In 2018, he agreed in negotiations with then-Greek Prime Minister Alexis Tsipras over the country’s new name, the Republic of North Macedonia, thus putting an end to the name dispute with Greece that had been going on since 1991. From Greece’s point of view, the previous name was Macedonia, which was given by the Republic of Yugoslavia. The former itself after its independence, part of the Greek national heritage and also formed a claim to the Greek province of North Macedonia.

The settlement of the dispute paved the way for the country to become a member of NATO and move closer to the European Union. Zaev pledged to fight the coronavirus epidemic and its economic effects and make progress in accession talks with the European Union. But in the past few months, he’s barely made any progress.

Loss of a husband: a blind woman calls the police, shock...