Home World North Korea boasts of a new missile test – a day before... 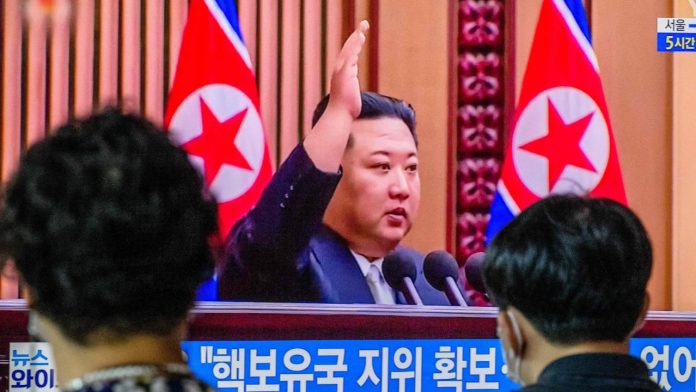 A day before the US Vice President’s visit to Japan |

North Korea is proud of its new missile test

The communist regime is flexing its muscles again.

North Korea It shot down another ballistic missile toward the open sea on Sunday, according to the South Korean military.

This was reported by the South Korean Yonhap News Agency and the office of Japanese Prime Minister Fumio Kishida (65).

The missile, which is not described in detail, flew in the direction of the Sea of ​​Japan (Korean: East Sea). No further details were initially announced.

The aircraft carrier USS Ronald Reagan docked in the South Korean port city of Busan on Friday to participate in a planned naval exercise between the two countries off the Korean peninsula. The maneuver should act as a deterrent against North Korea.

W: On Monday, US Vice President Kamala Harris, 57, will arrive in Tokyo for the funeral of former Japanese Prime Minister Abe Shinzo, 67, who was assassinated in July. Then she travels to South Korea as planned.

UN resolutions prohibit North Korea from testing ballistic missiles of any range, which, by design, could also carry a nuclear warhead.

Tensions in the region have risen after a series of nuclear-capable missile tests by North Korea this year.

Recently, the parliament of the largely isolated country passed a law on its nuclear policy. Among other things, this provides for the use of nuclear weapons not only in the event of an attack by enemy forces, but also in the event of an imminent attack on the leadership. In fact, the first nuclear strike was legalized.

Negotiations between the United States and North Korea have been on hold since the failed summit between the two countries in Vietnam in February 2019.