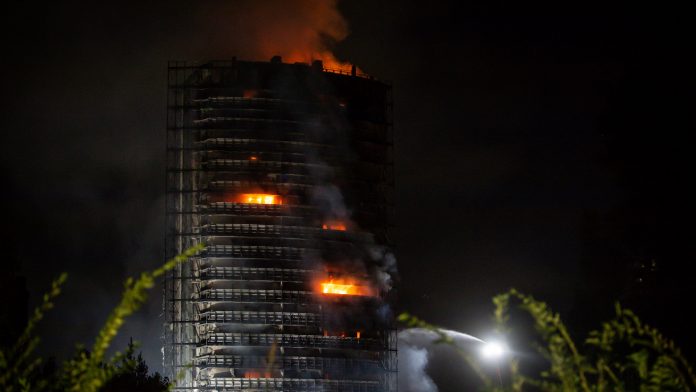 A 20-storey skyscraper in Milan has caught fire. The fire brigade managed to control the fire. The authorities are confident that all residents managed to escape in time.

A 20-storey apartment building in Milan was destroyed in a major fire. According to the fire brigade, the fire broke out in the late afternoon on the upper floors of the building in the southern suburbs. The fire department said on Twitter that the fire had since been extinguished.

The fire brigade was operating with dozens of fire engines. Hours after the outbreak, emergency services reported that the fire was under control.

The mayor of the Italian city, Beppe Sala, said that about 20 people got out of the skyscraper on the outskirts of Milan without any problems.

Sala told Corriere della Sera newspaper that firefighters moved from apartment to apartment and smashed doors to make sure no one was there. However, the authorities are confident that the residents will be able to escape the flames in time. There were no reports of casualties so far. According to the newspaper, about 20 tenants were injured by inhaling light smoke.

The pictures showed how thick black smoke covered the entire front of the house. “We smelled smoke and ran away immediately,” one resident said, according to ANSA. Another eyewitness said the panels on the walls melted “like butter”.

USA: A dead body was found! Is she missing Gabe...