Home sport National Day of Remembrance: “Celebrate, Pray and Be Ashamed at the Same... 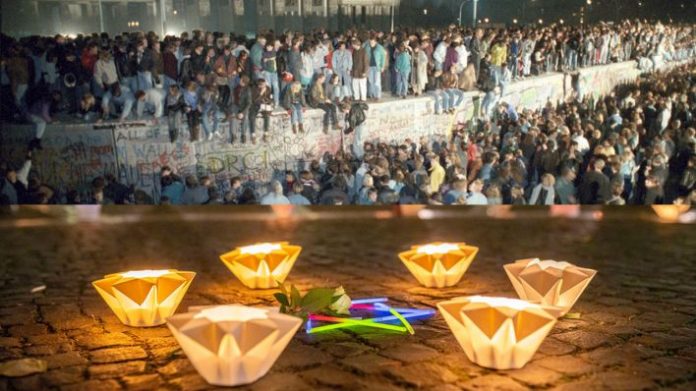 November 9th is often referred to as “the fateful day” for Germans because the specific events occurred on this day: 1938 Reichspogromnacht, 1989, Fall of the Berlin Wall. Historian Wolfgang Ness would like to make this day a national day of remembrance.

Historian Wolfgang Ness speaks of his support for a national day of remembrance on November 9. “Celebrate, be sad and ashamed at the same time” – all this is possible. On November 9, Germany celebrates both the Reichspogromnacht in 1938 and the fall of the Berlin Wall in 1989.

Bisexuality is part of German history

Nice believes that this paradox is part of German history and should be remembered. “You can do both, and you may even have to do both if you want to do German history justice.” He’s not worried about rights infringement, for example.

Commemoration on Bernauer Strasse and Fasanenstrasse

In front of the Jewish Community Center in Fasanenstrasse, from approximately 9 a.m. to 9 p.m., the names of 55,696 Jews murdered in Berlin were read from the State Memorial Book. In the evening, a simulation of the former synagogue is displayed on the facade – you can go inside with virtual reality glasses.