Home Tech NASA is looking for volunteers for a trip to Mars: what is... 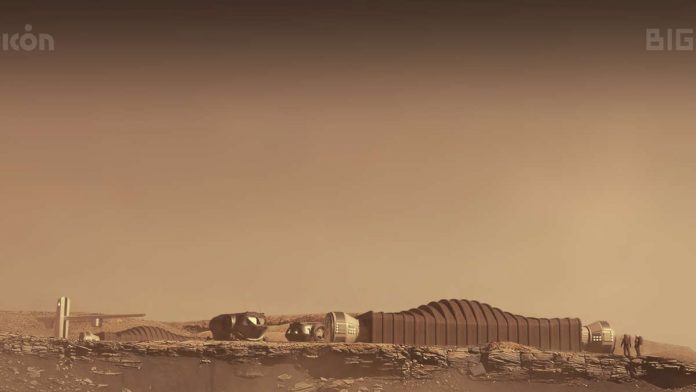 Everyone who flies to Mars must face many challenges. NASA is taking precautions – and looking for the curious for the so-called “analog mission”.

Frankfurt – Back first to the moon, then to Mars* – This is the US space agency’s long-term plan NASA*. Two NASA rovers and several orbiters are currently exploring the Red Planet, where no astronauts have yet been able to reach. There are several reasons for this. In addition to the lack of equipment (neither a rocket nor a space capsule, not to mention a suitable spacesuit for Mars), it concerns primarily human factors.

Mars is very far away, and the journey there will take several months, since space travelers will have to live together in a very small space in a spacecraft. Once on the Red Planet, researchers will have to contend with extremely adverse conditions: cramped accommodations, a hostile planet (radiation on Mars alone can be fatal to humans in the long run), a long mission and hardly any contact with the outside world, only a few points will come for people who will explore. Mars someday. But how will they deal with such circumstances? To find out, NASA is planning a long-term study to simulate a Mars mission.

NASA’s Analog Mission to Mars: Simulating Problems Before They Happen on the Red Planet

Three annual Mars simulations are scheduled one after the other at NASA’s Johnson Space Center, and methods and techniques will be developed and tested to prevent or solve potential problems on future Mars missions. Simulation missions of this type are called “analog missions”. “Simulation on Earth will help us understand the physical and mental challenges astronauts face,” explains NASA employee Grace Douglas. “The analog task is important for testing solutions.”

Each of the three analog missions must consist of four team members, and each team must live and work in a 3D-printed unit of approximately 158 square meters called “Mars Dune Alpha”. This accommodation will not be on Mars, but in an auditorium at the Johnson Space Center in Houston, Texas, where it is being built with a 3D printer. The analogue mission will simulate the challenges of Mars missions back home – including limited resources, faulty equipment, and delayed communication with Earth. Because of the large distance between Earth and Mars, this communication delay can be more than forty minutes.

NASA’s Mars Mission Simulation: Take Over the Tasks From Astronauts

According to NASA, analog astronauts should take over missions during a simulation of Mars that could also apply to astronauts on a real Mars mission: (simulating) field operations, scientific research, use of robotic weapons and communication with Mission Control.

All important astronomy news straight to your inbox*

Before the Mars simulation mission begins in the fall of 2022, NASA is looking for candidates for the program. However, only US citizens between the ages of 30 and 55 who are either pilots or trained in the natural sciences and technology can apply. Another important condition: applicants are not allowed to smoke.

It will be some time before NASA sends astronauts to Mars for the first time. It was recently heard that NASA is targeting 2037 as the year humans first set foot on Mars — but until then, in space travel* There is a lot to happen. Robots are currently exploring Mars for NASA. Recently, the rover Curiosity discovered a “strange structure” on the surface of Mars. The small helicopter “Creativity” caused a surprise on Mars and prompted NASA to change its plans. (tab) * fr.de view from IPPEN.MEDIA.

See also  PlayStation Plus - Last Chance to Get February Games

Sonic Colors Ultimate: Compare the graphics to the original