Home science Multiple sclerosis: discovery of a link to a virus offers hope for... 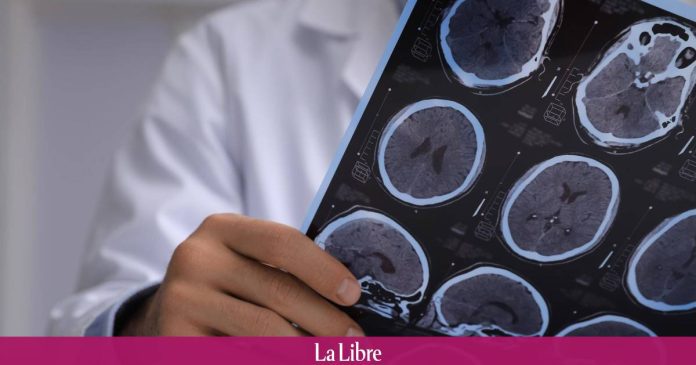 Treatments aimed at preventing inflammation, “have advanced a lot in the past 10 years,” and patient follow-up is “more individualized,” said AFP neurologist Jean Pelletier, of the French Arsep Foundation (Research on Multiple Sclerosis). He believes new developments could come from a particularly important discovery, made in January by US researchers: the Epstein-Barr virus is essential for the development of multiple sclerosis, even if not all infected people develop the disease.

It is an autoimmune disease of the central nervous system (the brain and spinal cord). It causes a defect in the immune system that attacks myelin, which is the protective covering of nerve fibers. Most often, it causes inflammatory irritations that are interspersed with remission phases. The disease varies greatly from patient to patient but can lead to complications, and is one of the common causes of disability in young people. It is estimated that more than 2.8 million people suffer from this autoimmune disease worldwide.

Children and adolescents still represent a minority of cases, but the disease may have started long before it was diagnosed. The discovery of a link to the Epstein-Barr virus, which affects 95% of adults and is a cause of other diseases such as mononucleosis, suggests that most cases of multiple sclerosis can be prevented by stopping infection with this pathogen.

In addition to “a better understanding of what may be involved in this multifactorial disease,” the study suggests “we can prevent the spread of multiple sclerosis if we vaccinate children against Epstein-Barr, knowing that we do not currently have a vaccine.”, according to Professor Pelletier. “The famous Epstein-Barr virus, once infected, is hidden in our bodies in B lymphocytes, which themselves are involved in the inflammatory reaction associated with multiple sclerosis. This could explain in particular that some therapies that target B lymphocytes, monoclonal antibodies, It has a very significant efficacy against multiple sclerosis,” he offers.

Multiple neurological disorders more common: According to a study, Covid-19 increases the risk of Alzheimer’s disease

Diet and exercise in osteoporosis make bones strong – and a...

With these tips and tricks, you can make a Swiss Roll