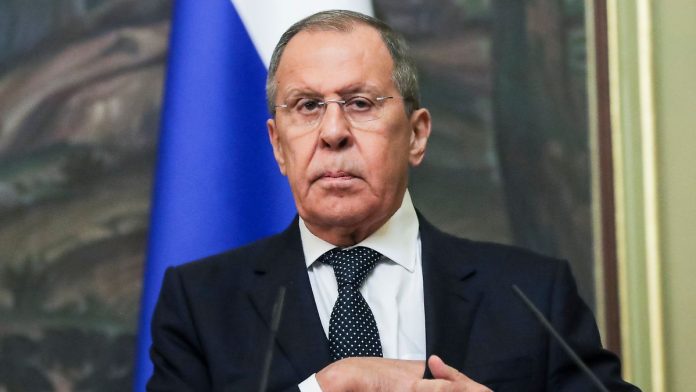 Instead of Russian President Putin, Foreign Minister Lavrov boarded the plane for the G-20 summit. But soon after he arrived, the 72-year-old reportedly had to go to hospital due to heart problems. Moscow denies.

Russian Foreign Minister Sergei Lavrov denied a media report that he was being treated in hospital for heart problems. “This is not a new game in politics,” Lavrov said. “Western journalists must become more honest – they must write what is real.”

The Russian Foreign Ministry also rejected the report on the senior diplomat’s stay in the hospital. “We are here with Sergei Viktorovich in Indonesia and we are reading the tape and we can’t believe our eyes,” ministry spokeswoman Maria Zakharova said in Nusa Dua, Bali. She said this was the “high point of the fake”.

The Associated Press, citing the Indonesian authorities, reported that Lavrov was taken to hospital after arriving in Bali to attend the G20 meeting. The 72-year-old was treated for a heart condition.

Bali Governor Wayan Koster told Reuters that Lavrov made a short visit to the hospital in Sangli and was examined there. “He was in good health,” Koster said. After the examination, Lavrov immediately left the hospital. The Associated Press did not initially comment on the information. Lavrov has served as President Vladimir Putin’s foreign minister since 2004, representing him at the G-20 summit in Bali.

The foreign minister wants to speak at the G20 summit of major industrialized nations this Tuesday. In fact, Russian President Vladimir Putin should have attended the meeting, but instead sent Lavrov to Indonesia.