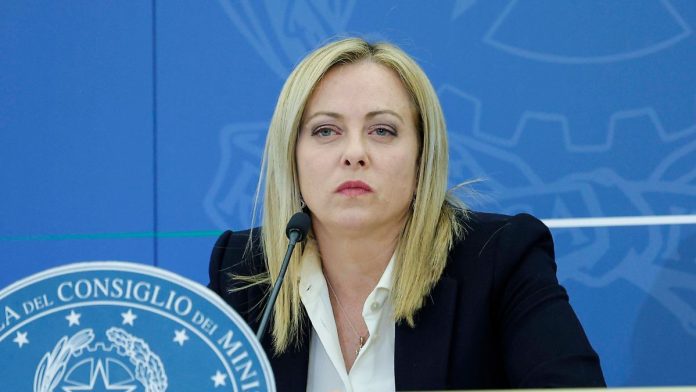 The newly elected government in Rome wants to help its citizens with exorbitant heating costs. Prime Minister Meloni received good advice from the German Finance Minister just in time for the first European Community meeting in Brussels. Because Italy is heading into recession.

In light of Italy’s record debt, Federal Finance Minister Christian Lindner has warned the new post-fascist government of Giorgia Meloni to exercise budget discipline. At the first Eurogroup meeting with the new Italian Minister of Economy and Finance Giancarlo Giorgetti in Brussels, the FDP politician said that all euro countries should “return to strong public finances”. “One thing is clear: We are in an inflationary situation, in a common monetary union, and the rules matter there,” Lindner emphasized.

Italian-born European Union Economic Commissioner Paolo Gentiloni has warned his country’s government to be “financially cautious”. Gentiloni stressed that debt-laden countries were also likely to adopt measures to combat the energy crisis, but that they should be “targeted”. It is expected that Rome’s budget policy proposals will be examined in December.

Regardless of Italy’s record debt, Meloni on Friday announced a $1 billion relief program for private households and businesses. In their opinion, this should provide “an additional 22 to 23 billion euros” to combat rising energy prices. As a result, Italy’s new debt will rise to 4.5 percent of GDP next year – well above the 3 percent allowed by the European Union. Meloni’s predecessor Mario Draghi had targeted a deficit of 3.4 percent for 2023 and wanted to meet the three percent mark again from 2025. Italy’s total debt had recently risen to a high level of about 150 percent of economic output. The European Union provides a maximum of 60 percent.

The Meloni government, when unveiling its relief plans, raised its forecast for economic growth this year to 3.7 percent, topping Draghi’s forecast of 3.3 percent. “Thanks to the favorable third quarter, the government was able to save ‘about 9.5 billion euros,’ which the government will make available ‘as of next week’ for mitigation measures against rising energy costs,” Meloni said.

Economy Minister Giancarlo Giorgetti, who was the economic development minister in Draghi’s government, stuck to his forecast of 0.6% growth in 2023. Giorgetti said the government was prepared to face the risks of a recession “which could also affect the Italian economy”. The International Monetary Fund (IMF) believes that Italy will not be able to avoid a recession next year. He warned that GDP will shrink by 0.2% in 2023.