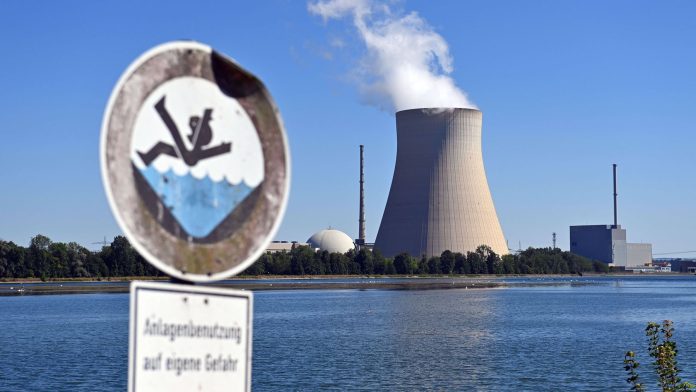 Whether German nuclear power plants should continue to operate in 2023 is currently a hot topic of debate. The Greens are skeptical – and their supporters are even less so.

According to a survey, a majority of Green Party voters are in favor of extending the life of Germany’s remaining nuclear power plants. In a representative poll conducted by the opinion research institute Insa for the newspaper “Bild am Sonntag”, 54 percent supported an extension in order to reduce the dependence of energy supplies on Russian gas. 38 percent of Green Party voters were against continuing the process.

In the general population, 70% support the extension, 20% are against it, and 10% are undecided.

37 percent of people in Germany also see the Green Party setting the tone in the traffic light coalition, while only 25 percent are for the SPD and 20 percent are for the Free Democratic Party. 25% consider Greens the most credible (SPD: 22%, FDP: 15%).

Due to fears of interruption of Russian gas deliveries, the possible extension of the service life of the last three nuclear power plants still operating in Germany, which according to current nuclear law should cease operating at the end of December, is currently. Aaaah.

Union and the FDP are campaigning to allow at least limited ongoing operations after the end of the year. The Social Democrats and the Green Party in particular remain skeptical. Nor do they generally want to rule out the continuation of at least temporary operations in the event of a crisis. Insa interviewed 1,002 people in the survey on Friday.

See also  Over 5,600 visas issued to local workers in Afghanistan