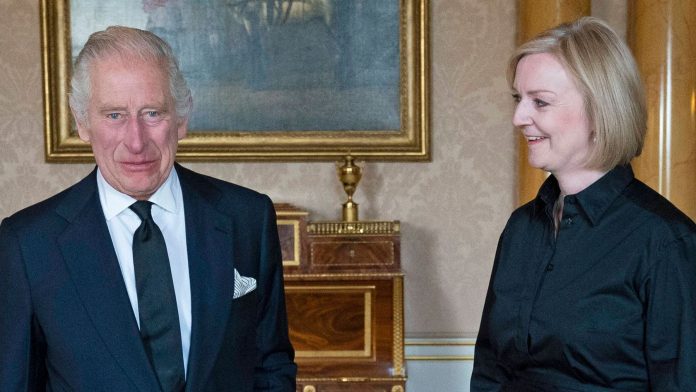 Another palace source said the king was disappointed with the prime minister’s position and was ready to attend the conference. There were other dates in the vicinity of the event in the planning. He is considering how to make clear his support despite the cancellation.

The Sunday Times reported that Queen Elizabeth II gave a “completely apolitical” speech last year. At the time, she noted her family’s commitment to climate protection. “It is my pride that my husband’s leadership role in encouraging people to protect our fragile planet continues through the work of our eldest son Charles and eldest son William,” she said at the conference. The evening conference reception. “It seems Charles will not get this opportunity,” she said at the conference. . It’s a wrong decision by the government.”

Charles himself had already appeared at the Cop21 conference in Paris in 2015 and gave the opening speech. At the time he had called for huge investments to tackle the climate crisis. Last year, Charles also attended the opening of Cop26 in Glasgow, where he spoke about the need to fight climate problems in a warlike manner. That same year, the then-Prince appealed to companies to sign the “Terra Charter,” a commitment to become more sustainable by 2030.

Liz Truss announced during the party leadership campaign that she would double her efforts to become greenhouse gas neutral by 2050. However, her government is less green: According to the BBC, the Minister in charge of Energy, Jacob Rees-Mogg, has announced that he is committed to oil production in the North Sea “until last drop.” Truss is also committed to promoting the use of solar energy on rooftops rather than farmland.

It also calls for the lifting of the fracking ban – if the affected communities agree. With Ranil Jayawardena, she brought a relatively young politician to the cabinet as Minister of Environment and Agriculture, but who has little experience in either field.