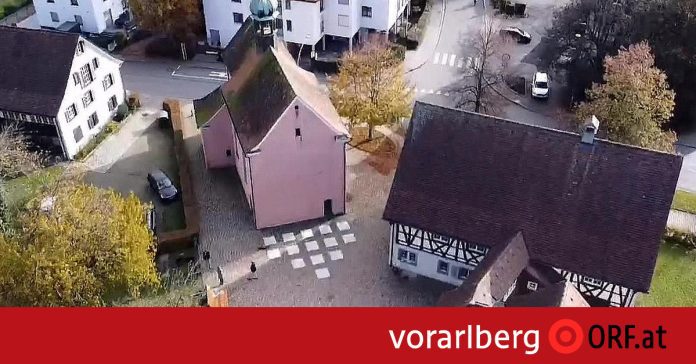 Excavations for leprosy are currently underway in Bregenz. The remains of medieval lepers are searched at the infirmary to check their bones for bacterial remains. Experts hope this will give them new insights into the disease.

“We’re looking for human bones here so we can find out who was buried at this site and take samples and check them for leprosy bacteria,” says Dorthe Dangvard Pedersen, an anthropologist at the University of Southern Denmark.

These studies should help to better understand the spread of the disease. In addition, other infectious diseases – such as tuberculosis – should be better managed. However, no bones of lepers have yet been found.

Evidence of a medieval cemetery

Pedersen describes that there are indications of a cemetery for this purpose. Screws were found that could have come from wooden coffins: “I’ve found screws like these many times,” she says. In the excavation area of ​​Bregenz, people suffering from leprosy who had been rejected by society in the past were housed. Historical sources also prove that there was a cemetery for these people here.

“We keep a map of the situation in the city archives, where the infirmary church is shown with the infirmary,” explains Thomas Clagian, archivist in the city of Bregenz. A small cemetery can be clearly seen on the western side: “You can tell by the crosses,” he says. Therefore, one knows very well the location of the cemetery. The white stone slabs on the floor could symbolize the presence of a tomb at this point, Klajian speculates.

Excavations in Bregenz are currently searching for the remains of human lepers. A Danish scientist hopes this will provide information about the bacterial strains that caused infectious disease in medieval Bregenz.

Accordingly, they now want to excavate human remains at this point. The excavations were organized by the Catholic Human Rights Organization committed to global health – because leprosy is still a global problem today.

“There are still 200,000 people suffering from leprosy,” explains Peter Böttcher from Plan: g – Partnership for Global Health. This is the case in various countries in Africa, Asia and Latin America. These people will have leprosy stigmatization in close proximity. “We want to empower local partners to take on the problem and solve it themselves,” Butcher says.

‘We risk a wave of abandonment of caregivers’