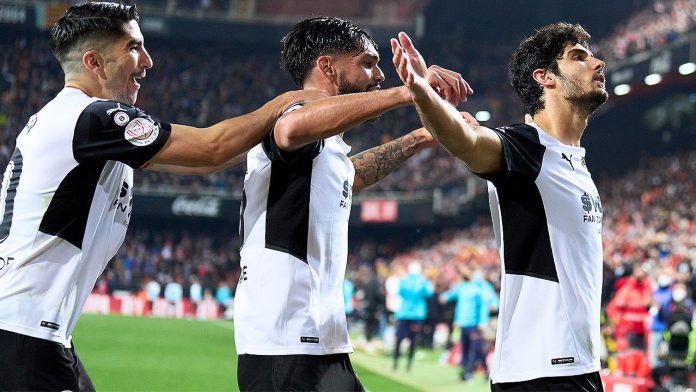 The ‘Bats’ won the semi-final second leg at home against Athletic Bilbao 1-0 and eliminated last year’s finalists after the first leg 1-1 in the Basque Country.

In a fast-paced match, Guedes (43) scored the winning goal just before the end of the first half. The Portuguese came to an end after an inadequate attempt by Bilbao’s defense from around 25 metres, and whipped a shot into the right corner.

Bilbao, who beat Barcelona in the round of 16 and Real Madrid in the quarter-finals, dominated the second half of the match but failed to equalise.

Valencia’s final opponent will be decided between Real Betis and Rayo Vallecano on Thursday. Andalusians won the first leg 2-1 in Vallecas.

Never miss any news about your favorite topics again.

At LAOLA Meins, you can follow the topics that interest you personally.

You have to be registered to write a comment!
Legal Notice:

See also  6. Straight win: RWE consolidates top spot in the table ahead of the derby match against RWO