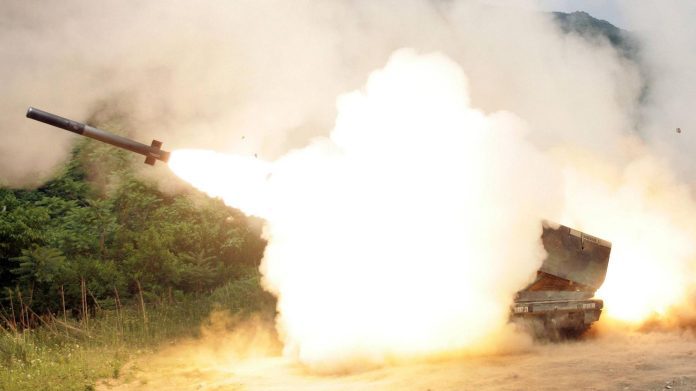 The South Korean military has increased its vigilance: the northern neighboring country has tested a missile system. Insecurity is growing in the region.

South Korea said the North’s military appeared to have fired shells from an artillery missile system. In the evening, the Joint Chiefs of Staff said that the army tracked down Sunday morning (local time) some projectiles that could have come from a multiple rocket launcher. It was not clear at first how many missiles were fired and how far they flew.

She added that South Korean forces have increased their vigilance and are working closely with the United States to monitor the situation. South Korea’s Yonhap News Agency quoted a spokesman for the presidential office in Seoul as saying that the shots from North Korea’s short-range, low-altitude conventional missile launchers will not necessarily be announced immediately.

Insecurity is growing in the region

After several tests with nuclear-capable missiles conducted by the self-proclaimed North Korea this year, insecurity in the region is growing. UN resolutions prohibit the severely isolated country from testing ballistic missiles capable of carrying one or more nuclear warheads. Ballistic missiles are usually surface-to-surface missiles.

The country has also been testing other weapons systems, such as multiple rocket launchers, since the beginning of January. According to its own data, it also tested hypersonic projectiles, which are maneuverable, fly at high speed at low altitudes and can easily overcome anti-missile defense systems.