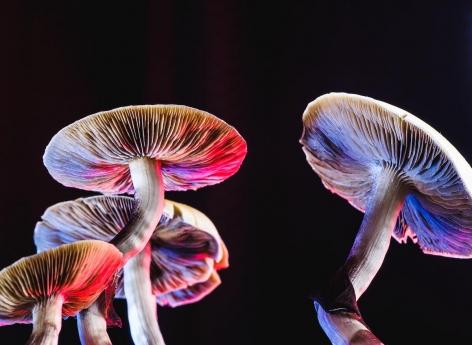 Treatments for depression will be effective in 70% of cases, according to the National Institute of Health and Medical Research (INSERM). A study published in the journal New England Journal of Medicine It could ultimately provide new care for people with depressive disorders.

During their clinical trial, the researchers replaced the antidepressants commonly given to these patients with psilocybin, a substance found in hallucinogenic mushrooms. The results are convincing: two doses can be as effective as the most common antidepressants, but only if patients undergo psychotherapy in parallel. “With the drug, it is a release of thought and feeling that produces positive results when guided by psychotherapy. “ In other words, dope alone is not enough. Participants in the clinical trial who only received psilocybin also felt that they had a better understanding of the cause of their depression, possibly also thanks to the psychotherapy.

The clinical trial lasted six weeks and involved two groups of people with moderate to severe depressive disorder. The first consisted of 30 individuals. They were given 25 mg of psilocybin two times every three weeks separately. These doses are strong enough to induce “journeys” of three to four hours and the effects appear to be mystical. Between these things, the participants took a placebo. In the placebo group, 29 subjects also took two doses of psilocybin three weeks apart, but at very low weights, it had no effect. However, the rest of the time they took antidepressants. For all 59 participants, a psychotherapy session was scheduled for the day following psilocybin administration.

… is always followed by a therapy session

At the end of the trial, participants completed a questionnaire. According to the responses, the severity of depressive symptoms was reduced in both groups. But the difference is especially pronounced with regard to remission, that is, the complete disappearance of all symptoms. In fact, 57% of the participants who received the high dose of psilocybin were recovering from their depression at the end of six weeks versus only 28% in the other group. Additionally, no side effects were reported in all participants. “I think it’s fair to say that the results indicate hope that we are looking for a promising alternative treatment for depression.“, Says Robin Carhart Harris, head of the Psychiatric Research Center at Imperial College London.

However, more clinical trials and work will be required before considering the commercialization and use of psilocybin as a drug for depression. An important issue because one in five people has experienced or will experience depression in their life, according toInserm.