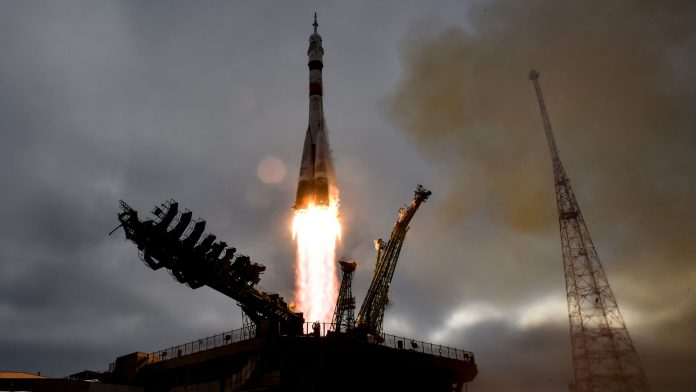 Many dream of a trip to space. Japanese billionaire Maezawa has now realized that dream. Drop a Soyuz capsule on the International Space Station.

Maezawa began the journey with his cosmonaut Yuzo Hirano and Russian cosmonaut Alexander Misorkin. With the help of Hirano, he wants to document his daily twelve-day life on the International Space Station, thus entertaining more than 750,000 subscribers to his YouTube channel.

As for the time on the space station, the Japanese put together a task list of 100 missions. This includes a badminton friendly match. “Dreams come true,” the billionaire said on Twitter before starting his journey. “The International Space Station will be my home for two weeks.” Maezawa had spent three months preparing for this time in the state of weightlessness.

It is likely that the cosmonauts of the International Space Station expected the spaceship for another reason: according to the Russian space agency Roscosmos, there were New Year’s gifts on board. Among them are letters from families and friends and “homemade delicacies”. The 162 kilograms luggage also contained materials for research and experiments, health and food items and 13 kilograms of fresh fruit.

Ordinary personnel aboard the station at an altitude of 400 kilometers above the Earth’s surface have been a rarity in recent years. With the Japanese, the number of tourists brought by Roscosmos has increased to nine. One of the reasons for the low number is that Russian rockets have transported American cosmonauts to the International Space Station for many years. In addition, the costs of such flights are still enormous. “We are talking about tens of millions of US dollars,” said Tom Shelley, head of the American company Space Adventures, which specializes in space tourism. According to him, between 44 million and 53 million euros is owed per person and flight. So space tourism will remain a thing for the very wealthy for the foreseeable future. It is not known exactly the cost of the Japanese flight to the International Space Station.

According to the business magazine “Forbes”, the 46-year-old Maezawa is one of the 30 richest people in Japan, with private assets of about 1.7 billion euros. He started shipping CDs in 1998. The businessman is now making his fortune through the largest online clothing store in Japan. For the fashion entrepreneur and art collector, staying on the space station is only the first step toward more ambitious plans. He appears to be planning to fly around the moon with a special SpaceX flight in 2023 and has sought mates for a global appeal.

The hustle of space tourism should be beneficial to Russia. According to its own information, Roskosmos wants to expand the space tourism business. Since the US space agency NASA transported its astronauts to the International Space Station in private spaceships, there have been vacancies in the Russian Soyuz capsules.

See also  Over 5,600 visas issued to local workers in Afghanistan

A Russian film team grabbed attention in the fall, after they flew to the International Space Station for a short photo shoot after a few weeks of training. The United States has also made amazing trips: Nearly two months ago, William Shatner, a Star Trek icon, flew into space – Former “Captain Kirk” actor. The 90-year-old Canadian actor went on a 10-minute expedition aboard the “New Shepard” space capsule from Amazon founder Jeff Bezos’ Blue Origin.