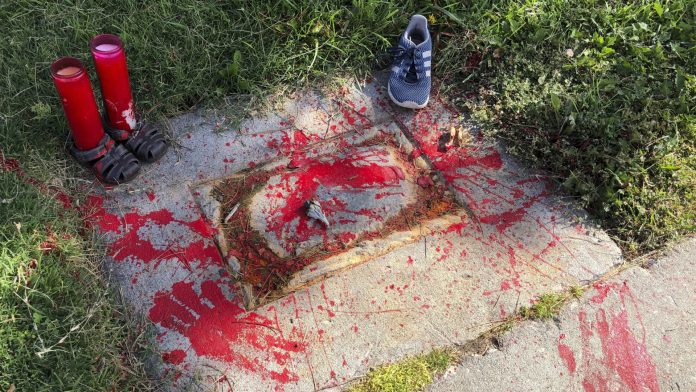 It’s a dark chapter in the history of the United States of America, and now it’s about coming to terms: graves and remains of children’s bodies have been discovered near former Aboriginal boarding schools. The numbers are likely to increase.

They were ripped from their families and some never came back: the children of the Native Americans. In boarding schools they must be re-educated and their history and culture forgotten. Many of them were subjected to torture, ill-treatment and abuse.

When US Secretary of the Interior Debra Haaland reported on conditions at these boarding schools, she fought back tears. What happened was “heartbreaking and undeniable”.

Between 1819 and 1969 there were more than 400 such compulsory boarding schools for Native American children in the United States, operated by the federal government or churches. There have been more than 500 deaths in 19 boarding schools, the report said.

Distinguished or anonymous burial sites have been found at more than 50 sites. The numbers are likely to increase.

Haaland herself is an indigenous descendant. “My standing here today as the first Aboriginal minister bears witness to the strength and determination of Aboriginal people. I am here because my ancestors persevered,” Halland said.

“I owe my life to the strength and will of my mother and grandmother. The work we will do with the Federal Initiative to come to terms with this will have a profound impact on generations to come.”

The US Secretary of the Interior ordered the report after the discovery of unidentified graves in former boarding schools for Aboriginal children in Canada last year.

Dealing with the dark past

Deborah Parker of the Tulalip Tribe, Washington, is the chair of an initiative for more than 80 indigenous rights organizations that come to terms with a dark past. “A lot of our kids have been taken away and never come back,” she told PBS.

“Just now, an Alaska Native told me that his mother was locked up in the basement of a boarding school. She was chained to a fireplace and was beaten—daily,” Parker said. “And to hear these stories, and to know that our loved ones suffered indescribably, is a heavy burden.”

Parker welcomed the official inquiry. But she said more needs to happen: “This means that the government is apologizing, but not just an apology, there is some kind of compensation.”

“I don’t have a prescription for this compensation,” Parker said. “But we’ve gotten to the point where we’re telling our story. And I think the rest will come as we listen to our seniors, while we hear the stories.”

The investigative report released by the US Department of the Interior may be a first step in this direction. Processing will take a long time.

Goat Simba should be in the Guinness book: Ears MÄÄÄHss, please!...