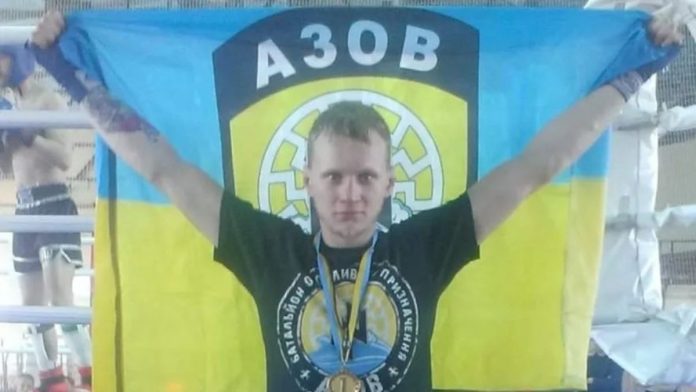 In the Azov Regiment, Ukraine
World kickboxing champion Kajal was killed in Mariupol

Thousands of volunteers are fighting in Ukraine to defend the country against the Russian invasion. Including former world kickboxing champion Maxime Kajal. The 30-year-old was killed in a fight in Mariupol. He is said to have been part of the controversial Azov Regiment.

The former Ukrainian world champion in kickboxing Maxim Kajal died in combat operations in Mariupol. His coach confirmed this on Facebook. Kajal defended the city as part of the Azov regiment and fell on Friday, Ole Skerta wrote.

The 30-year-old Kajal came from the Ukrainian city of Kremenchug and won the 2014 ISKA World Kickboxing Championship. According to Skyrta, he is said to have been the first Ukrainian to win this title.

The Azov Regiment was created in 2014 as a volunteer militia. A year later, he was incorporated into the National Guard. The unit is considered very controversial. Although links to neo-Nazis were rejected, controversial images showing symbols associated with Nazism still appeared on the Internet. A battalion spokesman said in 2015 USA TODAY Even as many as 20 percent of its members are Nazis.

According to estimates, the Azov battalion is said to have about 2,000 fighters, which is a small number given the hundreds of thousands of soldiers and reservists in Ukraine. However, Azov has had a certain status in the Mariupol region since the blockade of 2014, which also legalizes its use from the Ukrainian point of view.

According to the mayor, nearly 5,000 people were killed in the city of Mariupol, which suffered greatly. The coastal city had been cut off from all supplies for weeks and at the same time under intense bombardment by Russian forces. After Moscow announced that it would focus on the “liberation of Donbass” in the future, Kyiv feared that the situation at the most important port in this eastern Ukrainian industrial region would deteriorate further.

Denmark: All Bornholm without electricity for hours