Home science In Brittany, the fourth wave of Covid appears to be in the... 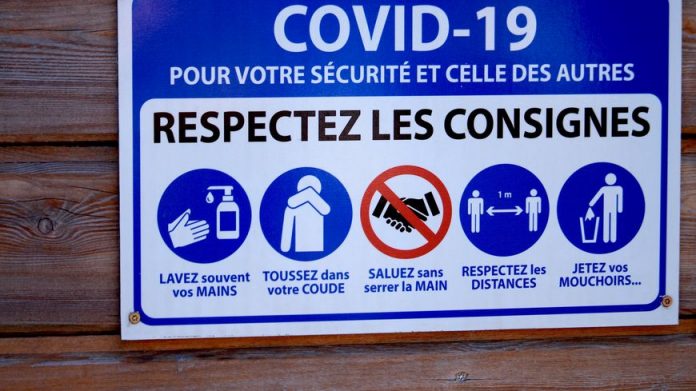 Has the fourth pandemic wave of Covid-19 really reached its peak in Brittany? The latest indicators were published on Friday, August 6 by the regional health agency In any case, it appears to show that the epidemic is stagnating across the region. Saying that the fourth wave will be less ferocious than announced is complicated.

Since July 16, the infection rate has continued to increase in all four provinces of the Brittany region. This Friday, August 6, over the course of a week, for the first time, The rate remained stable, going from 101.3 cases per 100,000 residents to 102.2 cases.

But this number is misleading. On the Cote d’Armor, the hit rate jumped 23.8 points in one week. The increase was 13.2 points in Morbihan, the province with the most epidemics (21). Conversely, Ille-et-Vilaine saw its incidence fall by 8.1 points and Finistère by 13.9 points in one week.

The number of recorded daily cases (487 on average from July 28 to August 3) is stagnating Test positivity rate (2.5%) drops slightly After several weeks of increase.

In hospitals, the situation is not alarming at the moment. Less than 20% of intensive care beds are occupied now, representing 21 people. Less than 300 patients are currently hospitalized with Covid-19. Most patients are between 60 and 90 years old.

The second area is better covered by the vaccine

This does not mean that young people will recover more from the virus this summer. Conversely, at the start of the week, the incidence among 20-29-year-olds, for example, was seven times higher than the 60-year-old.

In Brittany, more than 70% of the population has received the first dose of the Covid vaccine, making it the second region in France with the best vaccine coverage after Normandy.

Vitamin deficiencies: muscle aches as a symptom – what the experts...