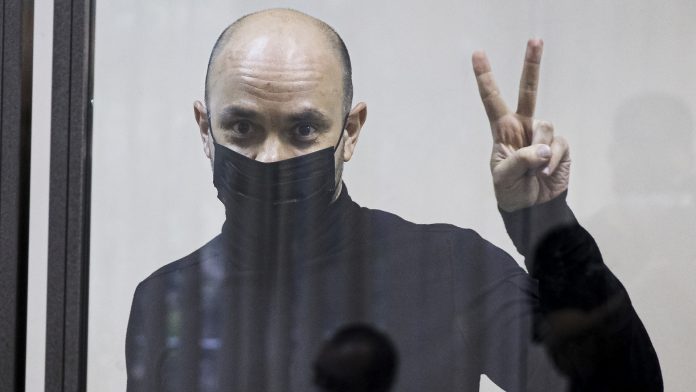 Russian opposition politician Pivovarov was sentenced to four years in prison. Until the spring of 2021, Pivovarov headed the organization Open Russia, founded by the Kremlin critic Khodorkovsky.

Opposition politician Andrei Pivovarov was sentenced to four years in a concentration camp in Russia. A court in the southern Russian city of Krasnodar found the 40-year-old guilty of running an “undesirable organization”.

In addition, he was banned from all “socio-political activities” for eight years, his supporters announced on Twitter.

Pivovarov headed the Kremlin’s critical organization “Open Russia” until the spring of 2021 – but then it was declared a “undesirable organization” and therefore effectively banned. Then Pivovarov announced the dissolution of the group – on the grounds that this should protect its members from criminal prosecution.

Open Russia was founded in 2014 by oligarch and Kremlin critic Mikhail Khodorkovsky to bring Russia’s pro-European opposition under one roof. Khodorkovsky has been living abroad since being pardoned after ten years in prison in 2013.

Pivovarov and other government critics criticized the latest trial as politically motivated. The European Union has called in the past for the release of Pivovarov, who was arrested more than a year ago.

The arrest of Piovaro at the end of May last year caused an uproar, because he was caught trying to leave the country for Poland. At that time, police officers stopped the machine that was already rolling at an airport in Saint Petersburg.

Since the start of the military operation in Ukraine in February, the Russian authorities have intensified their crackdown on critics of the Kremlin. Many were imprisoned, others fled into exile.