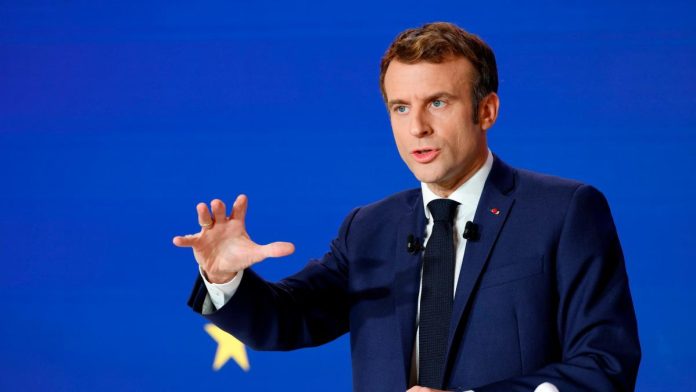 France will take over the presidency of the Council of the European Union in January. During this time, President Emmanuel Macron wants to strengthen the protection of the Schengen external borders in crisis situations – the borders of sovereign Europe must be “under control”.

FFrench President Emmanuel Macron has spoken out in favor of a new mechanism to protect Europe’s external borders. This should come into effect in the event of a crisis in the Schengen area, “if it is necessary to impose a stronger control of our external borders,” Macron said Thursday at a press conference on the upcoming French presidency of the European Union in Paris. The deployment of security forces and materials from other Member States could be envisaged.

Macron also spoke in favor of political control of the Schengen area based on the eurozone model. There should be regular ministerial meetings to decide on border strengthening. “For me, a sovereign Europe is a Europe whose borders are under control,” Macron said. He noted the situation on the border between Poland and Belarus and on the English Channel, where there has been a tragic situation among refugees and conflicts with neighboring countries in recent weeks.

“So far, our reactions have always been too late when one of our partners asked for help,” Macron said. During France’s presidency of the Council of the European Union, the European Migration Pact, which provides for a fairer distribution of migrants in Europe, must also be strengthened.

For this, Macron said, it is necessary to “work with countries of origin and transit in order to fight the gangs of people smugglers”. Asylum rules must be harmonized and simplified. He stressed that migrants already in Europe should be escorted better.

Shortage of supplies: New York declares a state of emergency due...