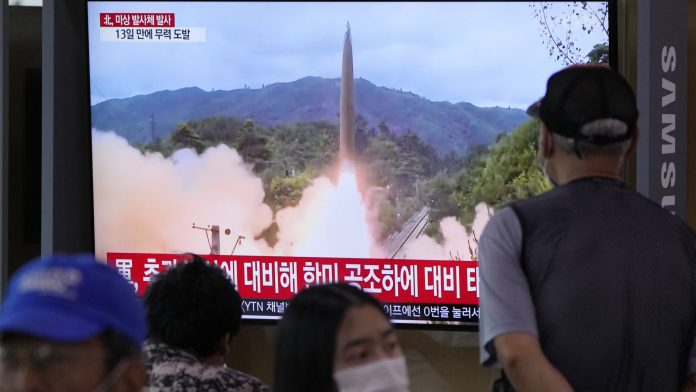 Despite initial approaches toward South Korea, North Korea has tested missiles again, according to the neighboring country and Japan. At least one shell is said to have flown toward the sea on the country’s east coast.

It was reported that North Korea again fired at least one unidentified projectile into the sea. The projectile was launched in the direction of the Sea of ​​Japan, South Korean news agency Yonhap reported, citing the South Korean General Staff. The Japanese Ministry of Defense said, on Tuesday, that it may have been a ballistic missile, without giving further details.

A short time ago, at a United Nations meeting, the North Korean ambassador urged the United States to abandon its “hostile policies” toward the government in Pyongyang. No one can deny his country’s right to self-defense and weapons tests.

Just about two weeks ago, North Korea tested a new rail-based missile system that could be used as a potential counterattack against enemy attacks. South Korean President Moon Jae-in called the test a “provocation”.

The two countries reopened their official lines of communication in July after a long radio silence. However, North Korea later refused to respond to the neighboring country’s attempts to establish regular contact in August in protest of the joint South Korean-US military exercises.

UN resolutions ban the self-proclaimed nuclear power North Korea from testing ballistic missiles, which could also carry a nuclear warhead, depending on their design. The country is under severe international sanctions for its nuclear weapons programme.