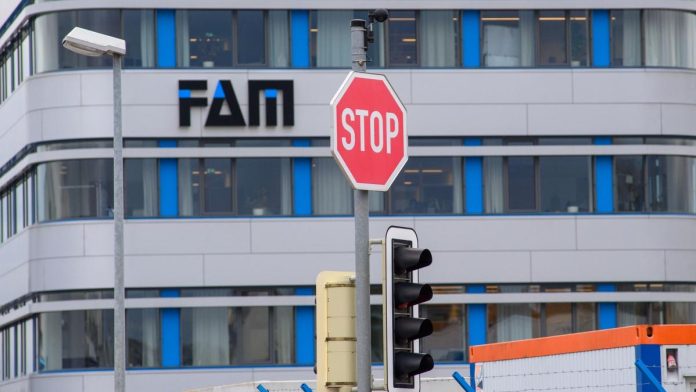 BAccording to IG Metall Magdeburg-Schoenebeck, some jobs will be retained at the struggling factory plant FAM from Magdeburg. The union said Monday that there is a potential new buyer who wants to take over 185 employees. The remaining employees are said to move to a moving company for a year. Recently, about 500 people were employed at FAM in Magdeburg. The companies “Volksstimme” and MDR Sachsen-Anhalt had previously reported this.

Due to bankruptcy, a very good carrier has been run, according to IG Metall. According to the union, it has conducted negotiations with the bankruptcy team.

Initially, the company did not confirm the plans. However, a FAM spokesperson said that talks are currently underway with an interested party.

The manufacturer of the plant has been in bankruptcy proceedings under self-management since February. The group of investors behind the company withdrew. FAM has been struggling with financial difficulties for several years and, according to its own data, with a drop in order intake.