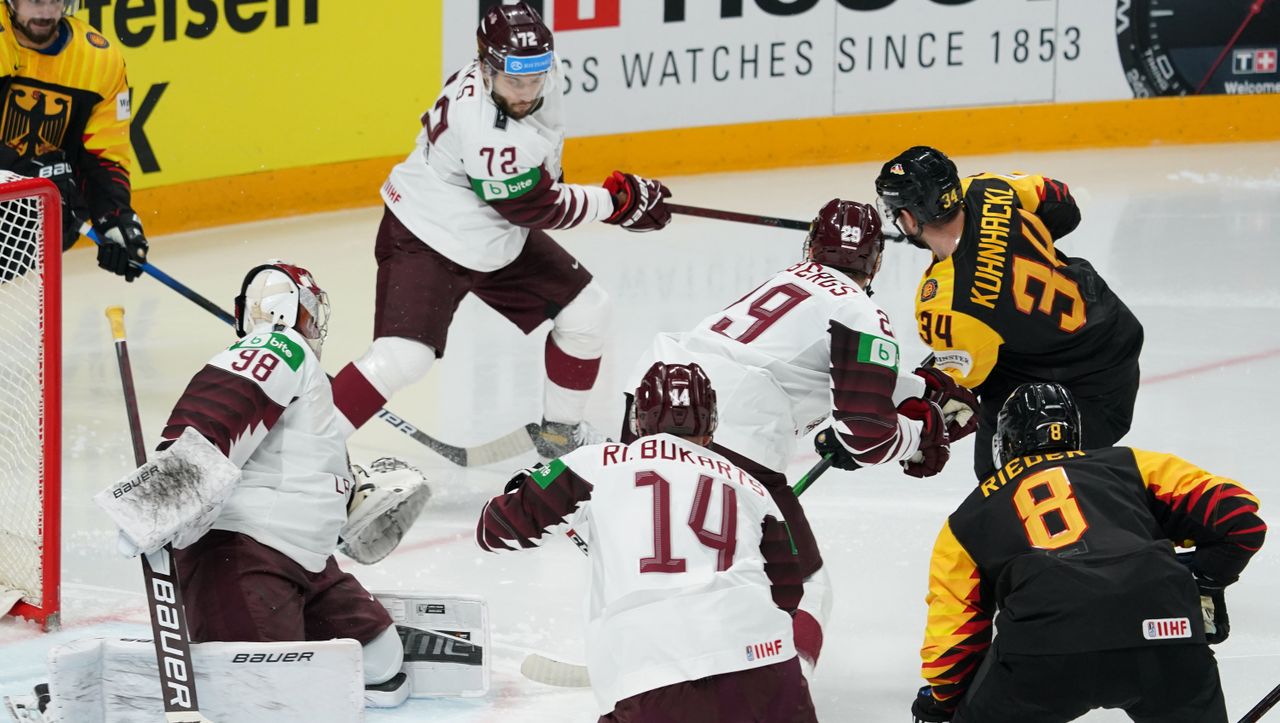 Germany’s national ice hockey team advanced to the World Cup quarterfinals, winning the decisive opening round match against host Latvia. After three defeats in a row, the Latvians won 2: 1 (2: 0, 0: 1, 0: 0) in Riga on Tuesday evening, meaning they were eliminated early.

John-Jason Peterka (4th min) and Marcel Nobles (7th min) won the national coach Tony Soderholm test in front of 900 spectators. For the first time in the tournament, at least some fans were allowed to enter the arena at the end of the opening round. In the quarterfinals on Thursday, the German selector will face Switzerland.

On September 4, 2016, the German team bought the ticket for Pyongyang at the same venue: at the time, Tom Gonhawk scored 3-2, thus making the silver impression possible a year and a half later. The final match of the World Cup quarter-finals against Latvia in Cologne in 2017, Frederick Tiffles converted the decisive penalty to 4: 3.

Defending champions Finland provided support six hours before the first facelift. After a 3-2 draw against Canada, it was clear that one point would be enough to advance. “It’s going to be a tough fight in front of two gates,” Soderhome predicted: “It will play a key role, but we also need to be organized.” Between positions again Berlin master goalie Matthias Niederberger, break against the Americans.

The third match goal was scored by Nobles

Three minutes later, the most obvious Peterka had a strong shot. With a wrist shot in the corner, the 19-year-old managed the DEB team. The Berlin series increased to 2-0 shortly after. Lucas Rachel Buck won, Leo Fiederl passed in front of goal, Nobles finished his third competitive goal.

Then it got exciting again: Soderhome’s players threw themselves into the Latvian shots in four minutes and escaped unharmed at the crucial point. A counter-attack after a mistake in the middle third helped catch the hosts – but it remained so.