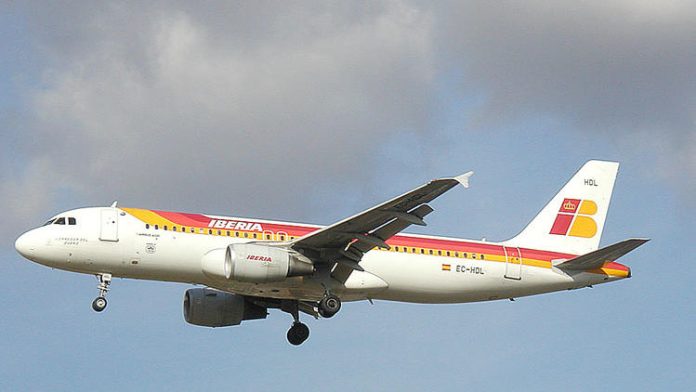 All passengers on board. Flight 438 from Iberia is scheduled to take off from Madrid in five minutes – one pilot said goodbye to everyone and left the Airbus A319. Now Samuel Binion explains why he almost ran over heels outside the cockpit – and the reason is sweet as sugar.

Every day at 15:55 the Spanish domestic flight IB 438 departs from Madrid to Bilbao. On April 20, Samuel Binion was one of the pilots in the cockpit. But on this day he receives a call just before departure – he will be a father any minute. His daughter Raffaella was born earlier than expected. Apparently, Pilot Binion quickly consults his airline, which is immediately looking for a replacement pilot. In fact, he’s there, taking over the pilot’s empty seat – and the plane lands at its destination in Bilbao a few minutes late.

At that time, Samuel was already in the hospital waiting for the birth of his daughter. And what would have happened if there was no backup pilot? “Of course I wouldn’t have made the trip,” Binion wrote on his Twitter account. The new dad received a lot of applause for his action on the Twitter platform.

“I apologize to the passengers of flight IB438,” the pilot wrote on Twitter. The pilot’s tweet garnered nearly 10,000 likes: “Thank you for all the affection. I’d like to answer you individually, as you deserve, but I hope you’ll excuse me: For now, my interest in Rafaela and her mother,” Pilot Binion greets the internet community.

See also  Wreckage off the Antarctic coast: the discovery of Shackleton's "endurance"

Do airlines always have spare crews?

Was it just a coincidence that Air Iberia had a replacement pilot on standby, so to speak? no! Almost every airline has so-called standby crews. If there is a delay, a crew member becomes ill or there are other problems, airlines activate pilots and/or cabin crew to prevent cancellations as much as possible. Some of these crew members are waiting at the airport so they can intervene immediately. However, it is very rare for a surrogate pilot to be called because the fellow will be a father. (RTL.news Recherche / Twitter / Faro de Vigo)

Palestinians refuse to board the plane after stopping and apply for...