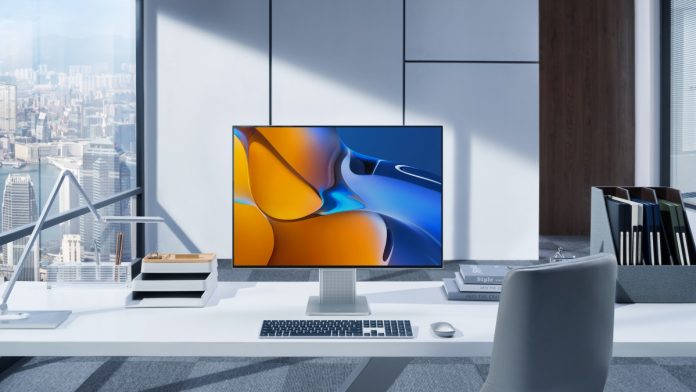 Huawei is expanding its screen range: the inexpensive 23.8-inch model is now followed by two Mateview monitors that stand out from the crowd in a 3:2 format and an integrated amplifier.

In the course of announcing the first Huawei Display 23.8, the manufacturer indicated that the budget display was just the start in the field of displays. Now Huawei has stepped up: the MateView surprises, among other things, with a 3: 2 aspect ratio suitable for the office, while the Mateview GT 21: 9 screen is likely to appeal to gamers.

The Mateview’s 28.2-inch screen has a resolution of 3840 x 2560 pixels. Thus, the IPS panel offers more than 4K resolution. With an aspect ratio of 3: 2, the manufacturer relies on Matebooks – so documents can be viewed side by side perfectly.

According to Huawei, the Mateview covers 98 percent of the DCI-P3 color space, supports the HDR 400 standard and has a color depth of 10 bits. The manufacturer specifies 500 nits for brightness and 1,200:1 for a constant contrast ratio, which are decent values. The screen is not intended for gamers, it only has a refresh rate of 60 Hz and a response time of eight milliseconds.

Control is also special with the Mateview: Huawei has integrated a smart bar at the bottom of the screen, with which the screen can be operated like a smartphone by swiping gestures. The height and tilt of the display can be adjusted using the stainless steel stand, which is somewhat reminiscent of Apple’s Pro-XDR display. The monitor houses, among other things, speakers, a base with a USB-C port and 135W charging function, two USB-A ports, a mini display port and a 2-in-1 headphone and microphone combo port.

Now read: Harmony OS 2.0: Huawei’s Android alternative wants to improve the network of all devices with each other

Gamers should enjoy the Mateview GT, which has a frame rate of 165Hz and a resolution of 3440 x 1440 pixels. The 34-inch screen with 21:9 format and 1500R curvature is also suitable for watching movies and series. According to Huawei, the panel provides 90 percent coverage of the DCI-P3 color space.

The placement of the speakers on the Mateview GT is unusual: instead of moving them to the rear as is often the case, Huawei put a stereo speaker with 2 x 5 watts at the base. 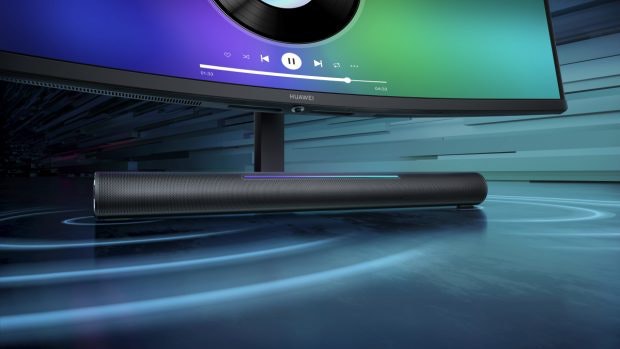 For a comfortable position, the monitor can be adjusted and tilted to a height of 11 cm. The widescreen monitor is powered by USB-C and has two HDMI 2.0 connections, a display port 1.4 and a headphone jack.

The Mateview GT is supposed to go on sale from July 23, 2021 and costs 549 euros. The Mateview will be available from August 4th and will be slightly more expensive at €699. Buyers who order a Mateview model by August 21, 2021 will receive FreeBuds Studio over-ear headphones worth €299 for free.