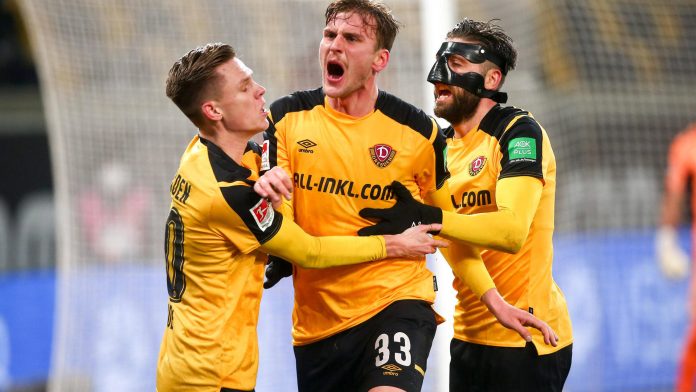 Hamburger SV has to deal with a small setback in the upgrade race. In the dynamo of Dresden, the Hanseatic city did not pass a tie. On the other hand, Hanover 96 got off to a good start in the new year.

Hamburger S kicked off the new year with a slim 1-1 (1-0) victory over Dynamo Dresden. Head coach Tim Walter’s team initially defended a third place in the tight race for promotion, but could be overtaken by up to five teams over the weekend. Meanwhile, neighboring Hannover 96 won the vault match at Hansa Rostock Stadium 1-0 (0-0).

Glatzel’s target is not enough for HSV

Robert Glatzel gave HSV the lead shortly before the first half (37′) with his 10th goal of the season. The striker scored in his third consecutive HSV game. Christoph Daverner (61) equalized in the second half. The two teams already tied 1-1 in the first leg.

HSV initially waited patiently and hit ice cold at the first good opportunity. After a counterattack, Glatzel happily got the ball and hit it with a throw. After the break, he missed the opportunity to score the second goal (49) before Dynamo was rewarded for his efforts. Daverner was spot on with a cross pass at the far post and his header inside.

Hanover did better. Coach Christoph Dabrowski’s team eventually took the lead with 23 points, and Lower Saxony moved up to 12th place. The advantage over the landing place is six points.

Linton Maina scored the decisive goal (58) for the visitors who lost to Werder Bremen at the end of the year. Prior to that, the new coach Dabrowski had two wins at the start. After only three draws from the last six games, Rostock has fallen to 15th place with 20 points.