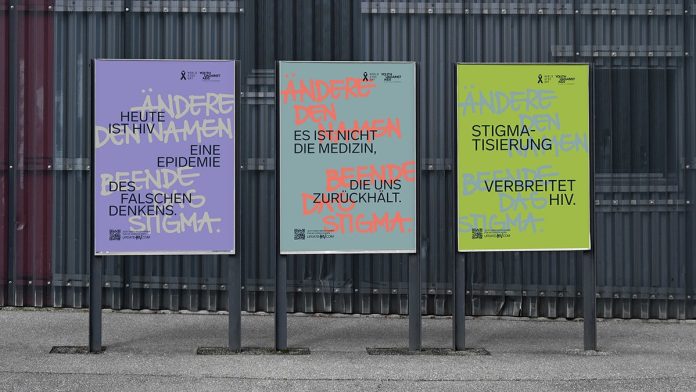 ‘Change the name, stop the stigma’: On World AIDS Day, Serviceplan Suisse and Youth Against Aids are calling for HIV to be renamed in an open letter to the World Health Organization. The companion campaign is developed by Serviceplan Suisse.

The global campaign to mark World AIDS Day kicked off Thursday with the key message, “Change the name, end the stigma.” In an open letter, WHO Director-General Tedros Adhanom Ghebreyesus is asked to rename HIV. The letter describes HIV as a “plague of the mind” caused by non-medical agents and spread in the main. 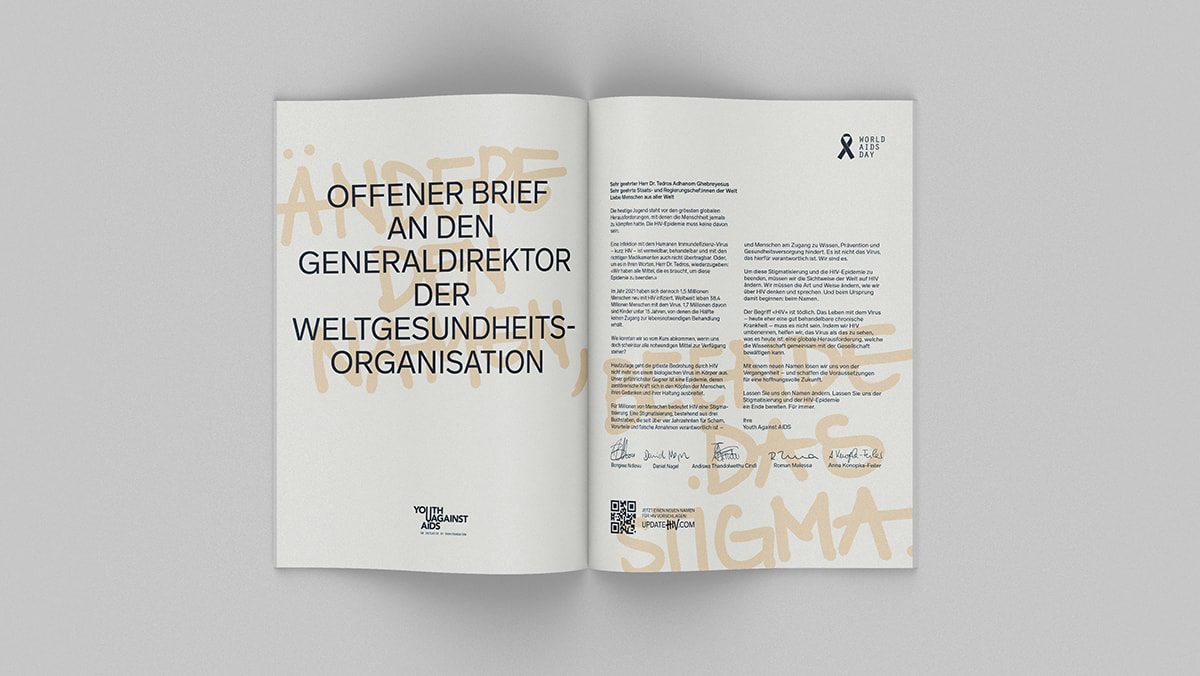 At the same time, the Bericht “The Plague of Reason” Published by Youth Against Aids in association with LMU Munich and with support from the Boston Consulting Group. He researched why so many young people continue to be infected with HIV. And it turns out that it’s not just mental hurdles that prevent fighting the pandemic. This is why HIV is a “plague of the mind.”

In all cultures, the justified fear of being seen as promiscuous, impure, or dangerously infectious still means that vulnerable groups and people living with HIV do not take treatment and prevention measures. The Modernize HIV campaign wants to start a new and gradual discussion on this topic on a personal and political level in order to permanently change the view on HIV and prevent new infections. And that starts with the name.

The biggest obstacles to ending the HIV epidemic are no longer of a medical nature, but rather of a social, cultural and political nature: life with HIV is no longer what it was 40 years ago. But the stigma remained. “WHO’s call to give the virus a new name is an acknowledgment of advances in HIV treatment and understanding and gives people living with the virus a chance to live the stigma-free lives they love and deserve,” says Daniel Nagel, CEO of Ohhh! The foundation that launched the Youth Against AIDS initiative.

Most people associate the term “HIV” with outdated ideas that no longer align with the reality of the virus in the 21st century. “We need to break this stigma,” Nagel explains. “It’s dangerous because it’s self-fulfilling. Asking people to use a new name for something will make them change the way they think. That’s what we want to achieve.”

The campaign has been in the planning and preparation for twelve months. In September 2022, representatives of Youth Against AIDS met at the United Nations General Assembly in New York to put HIV on the agenda. On the other side of town, the NGO and Serviceplan Suisse have featured “Update HIV” with a digital campaign placement in Times Square. The campaign’s messages were also displayed on the Nasdaq Tower on World AIDS Day Thursday.

“The way people talk about HIV and the way campaigns communicate the issue verbally and visually has shaped our understanding of the disease for decades. Today, the three letters of HIV are closely associated with stigma – with fear, hate and isolation,” says Marcin Papa, Director creative at Serviceplan Suisse. “These social and cultural issues are preventing us from ending the pandemic. Our creative approach uses classic marketing tools. In the process of rebranding, we finally want to free HIV from its harmful stigma.”

Adds Raoul Serat, Executive Creative Director at Serviceplan Suisse: “What hinders HIV testing and treatment programs is mainly an image problem: many people see HIV as stigmatized, receive little education and receive no adequate treatment. During the ‘Modern HIV’ campaign, we want to start a discussion to change exactly that and continue the successful fight against the virus.”

The aim is to engage the public, lead the discussion around stigma and the importance of language, and work towards better solutions. The open letter can be opened Updatehiv.com to be signed. You can also participate in the discussion by suggesting your own name. As the campaign progresses, the participatory process will ensure that as many people as possible participate in this open discussion. The site also contains additional information about HIV and the ongoing impact of stigma on the pandemic. 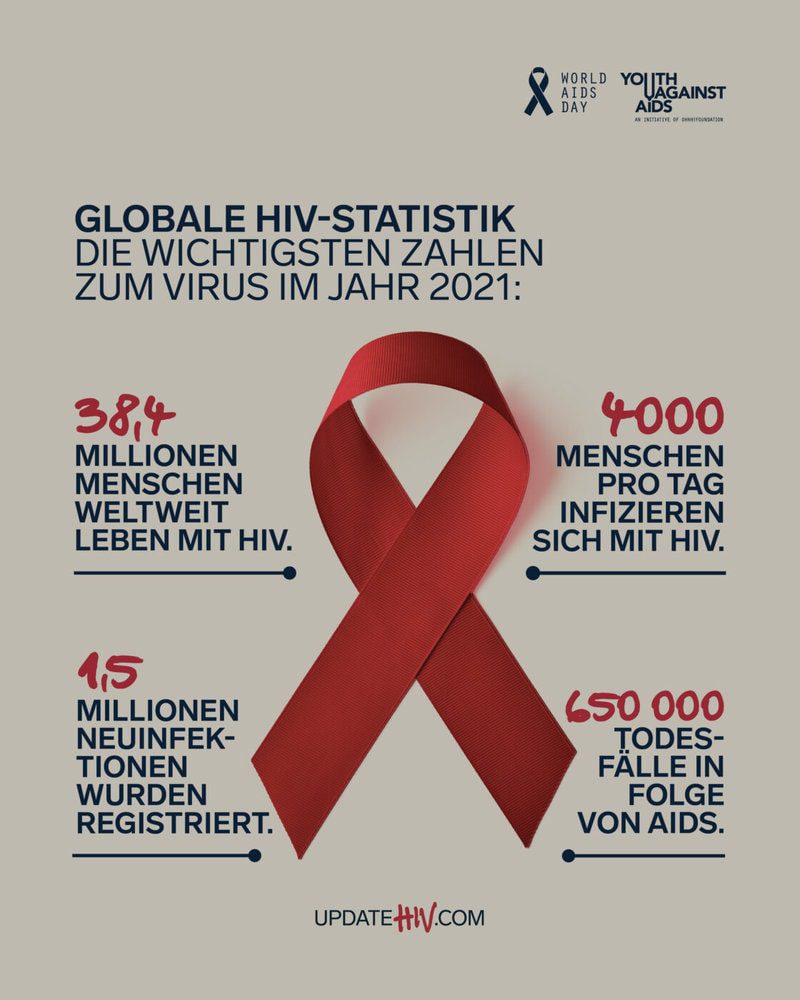 Publication of the open letter in print media such as timesto me The Daily MirrorAnd the HandelsblattThe NZ Also in digital media and OOH it was accompanied by intense press coverage and a campaign on social media, where influencers spread the campaign message and urged people to visit the site to learn more about HIV.

The campaign film, which can also be viewed on the site, was made in collaboration with photographer Gideon Mendel, who has been documenting the HIV/AIDS epidemic in South Africa since 1980. 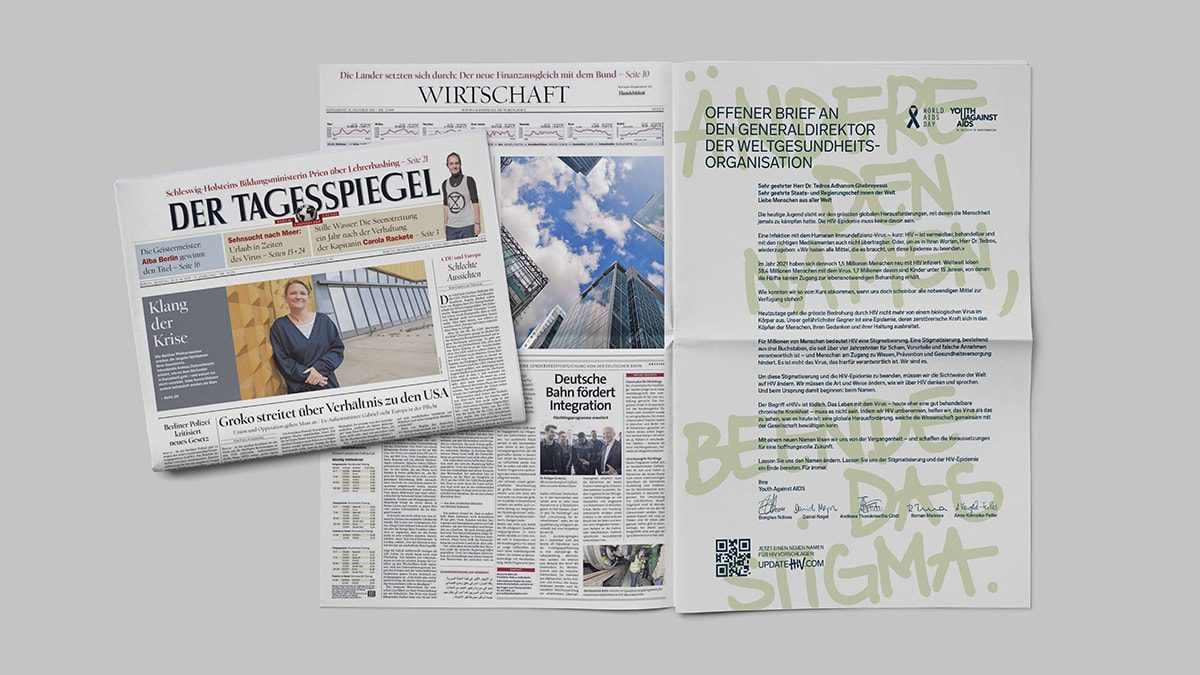 39-year-old American speaks before he dies from COVID-19