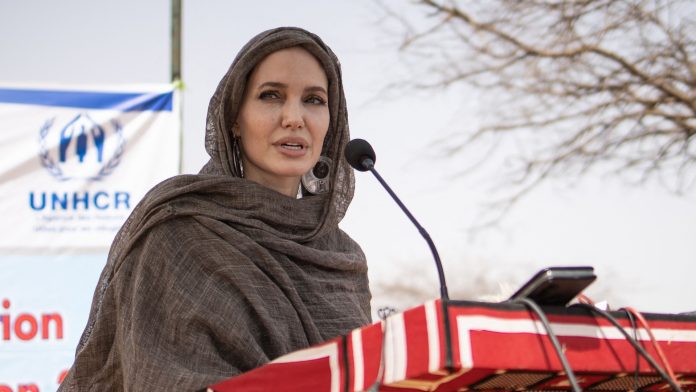 Hollywood star Angelina Jolie is retiring as Goodwill Ambassador for the United Nations Refugee Agency. She wants to get involved with a broader range of topics in the future. Jolie and UNHCR have worked together for more than 20 years.

American actress Angelina Jolie has announced her resignation from her position as Special Envoy for the United Nations High Commissioner for Refugees. After 20 years working within the UN system, the Hollywood star explained, she felt it was time to “work in a different way, directly with refugees and organizations on the ground.”

“I will continue to do everything I can to support refugees and other displaced people in the years to come.” Jolie said she wanted to “dedicate herself to a broader range of humanitarian and human rights issues”.

UN High Commissioner for Refugees Filippo Grandi thanks her for her decades of service and her commitment to making a difference for refugees. He understands Jolie’s desire to get engaged elsewhere after many years of success.

The United Nations High Commissioner for Refugees said the actress had worked “tirelessly” to bring stories of “suffering and hope” to the world. Through her work, she has drawn attention to less noticed crises, such as recent trips to Yemen and Burkina Faso.

See also  A column tracked by a drone: a 15-year-old helps attack the Russian Federation