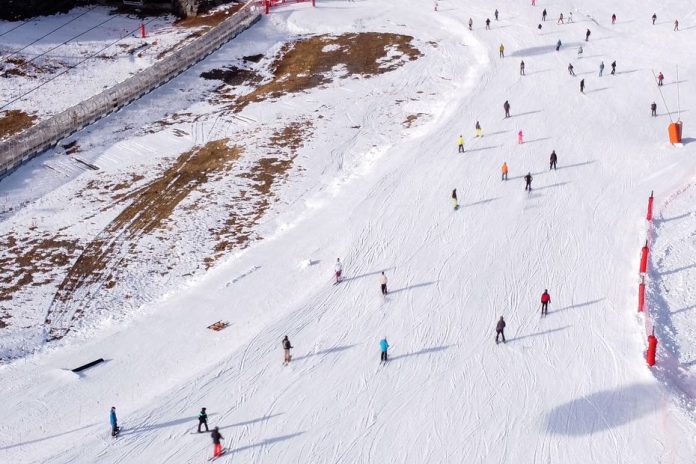 The obligation to obtain a valid health permit to access the ski lifts became effective, on Saturday, December 4, after the Covid-19 rebound. The protocol was implemented in all ski resorts in France.

It was an open secret, the information is now official: the obligation to obtain a health permit in French ski resorts went into effect on Saturday, December 4. Controls have been put in place, according to the stipulated protocol, in the event of a deterioration in health, Domaines skiables de France (DSF) announced.

“It is from today that it can be applied”, noted Alexandre Moulin, president of DSF, an organization representing operators of 250 ski resorts in France.

The protocol for access to ski lifts in ski resorts provides for a mandatory pass if the national infection rate exceeds 200 cases per 100,000 inhabitants. This was reached last weekend and we “Up to 350 today”The president explained.

“We have worked with the Interministerial Crisis Council on what to establish, and we have had a long period of discussions in order to intelligently and correctly validate the health pass of our clients”explained.

We will have a very strong communication when purchasing the package to let them know that the card is mandatory.

“There will be checks at the foot of the main ski lifts when leaving the station at random and non-permanently, so people know they will be checked and we will have a very strong communication when they buy the ski pass…to let them know the pass is mandatory.”, confirms Alexander Mullen, also referring to a “a large part of pedagogy” for skiers.

“It’s about finding out for people who lack a health clearance and asking them to come and submitting, if someone forgets to come back with it or if someone doesn’t have it, go. Take a test” He continued: “Covid-19”, referring to that day “More than 88% of the French have been vaccinated”.

“Each station will be organized a little differently, but it will be possible for company or corporate employees to come as reinforcements”, notice.

In Serre-Chevalier (Hautes-Alpes), whose ski season opened on Saturday morning, health checks are carried out. “Time to buy (ski tickets) and time to enter the gondola giving access to the ski area”, explained to AFP David Chabanal, director of the Tourist Office.

“Customers are notified in advance and won’t be surprised, they planned it and got it on their smartphone. Objectively speaking, it’s going well”, He said. “This opening weekend allows you to settle down really well, it’s so fluid”The director of the tourism office added.

Skin cancer: Eating this food may increase the risk of skin...