Home science Headaches: causes, symptoms, treatments and how to avoid them 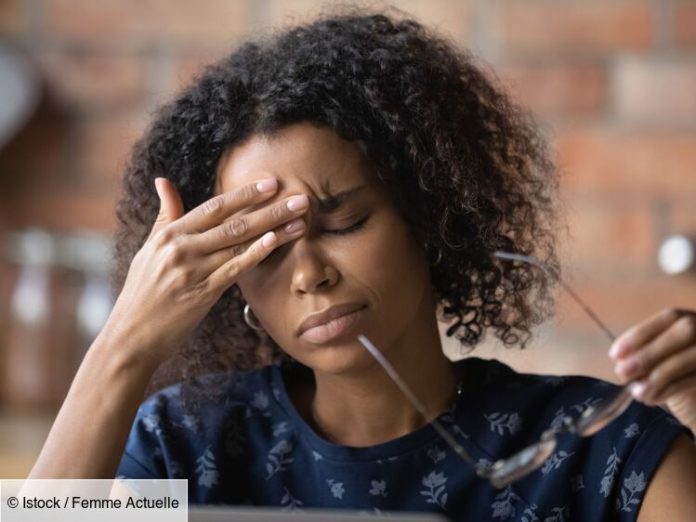 Headache is a very common pain among the population. Migraines and tension headaches are the two main ailments that cause this pain. What are its causes and symptoms?

“Headache” is a fairly general term that affects a very large majority of the population at least once in their life, with varying degrees of severity and duration. In fact, headaches include two main diseases: migraine, which is a common disease that affects 15% of the population, and tension (muscular) headache, which also affects 15%. These are the two most common main causes of headaches, and it is sometimes difficult to distinguish between them.

This disease causes headaches that recur, from several times in life to several times a month. Migraine is a disease whose impact, both on quality of life and occupational activity, can be disabling, especially when a person is affected by severe attacks. It is common for a person to have headaches and tension headaches.

In migraines, there is also a cluster headache, which is a rather rare form. It mainly affects men (1 in 1,000 according to Dr. Deeb, while migraines affect 200 out of 1,000). Cluster headaches are much shorter and more powerful than “classic” migraines.

Diagnostic criteria for chronic migraine according to the International Headache Society:

A: Headaches appear at least 15 days a month for at least 3 months.

The headache appears for at least 8 days per month and meets the criteria for a migraine without aura (one-sided, pulsating, moderate or severe, or aggravated by routine physical activities, such as going up or down stairs with nausea and/or vomiting, or photophobia and phonophobia), and/or migraine with aura criteria (visual, sensory, phasic and/or dysphonia, kinesthetic, brainstem, or retinal), associated with characteristics of at least two of the following four characteristics: at least one of the clinical expressions that Appear gradually over at least 5 minutes and/or at least two clinical expressions successively to each other, each clinical expression lasting 5 to 60 minutes, at least one of the expressions: unilateral, headache occurring during aura or following within 60 min) and/or response to treatment with triptans or ergotamine.

See also  The threshold of 5,000 daily cases has been crossed again

D- The headache is not due to another cause.

Covid-19 in Haute-Loire: infection and hospitalization rate on the rise