Home entertainment GZSZ: Lily and Nihad are being followed by a woman! What... 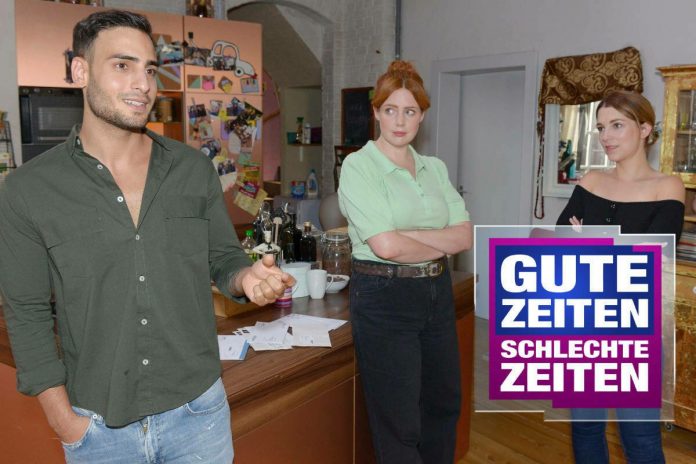 In “Good Times, Bad Times,” an unknown woman remarked to Lily and Nihad. Is all of this just paranoid or is there more?

Berlin – Is it all just a coincidence, paranoia, or is there more? Lily and Nohad feel comfortable “Good times, bad times” Observed. Why is an unknown woman following them?

When Lily also realizes that the stranger is secretly taking pictures of Nuhad, the two become increasingly suspicious and report the incident to Tony.

In order not to drive themselves further insane, Nihad and Lily assume the chance of a meeting, but Tony’s interest is already aroused: she investigates the suspicions and confronts the woman without further ado.

By doing so, I gain unexpected insight, as the persecutor is the BKA officer who is supposed to be going after Nihad for his activities in Hamburg.

She tries to convince the detective that Nihad is not a criminal, and also lets Eric into the stranger’s secret – with an urgent request for secrecy, otherwise her police career may end very quickly.

But when Eric tries to stop Nihat from going to Hamburg, the truth breaks out of him – with the goal of protecting his friend like hers. GZSZ Weekly Preview offers.

“Then Lily was right, the woman was watching me,” Nihad says after finding out the reason for the meeting, supposedly a coincidence from Eric. “Notice,” the former crook corrects his friend.

“Damned BKA, man,” Nuhad exploded in desperation. “Tell me, is that more obvious? You can hold up a banner right away,” Eric whispered in his face.

“What do they want from me? I have nothing to do with the men in Hamburg,” Nihad justifies. “Nuhad, they are very dealing and I have been seen with them,” Eric explains the situation to him.

The ex-con knows what he’s talking about and tries to reassure Nihad, who wants to know how to act now. He advises: “You stay in Berlin, don’t talk to anyone in Hamburg, and then they’ll notice that you’re not one of them.”

Will Nouhad heed his friend’s advice, or will the impulsive club owner once again allow himself to fall into a short circuit that can only cause him trouble? You’ll soon discover “Good times, bad times” (Mon-Fri 7:40 p.m. in RTL and at any time RTL +).

See also  A second surprise kiss on "The Bachelorette" - this changes everything!