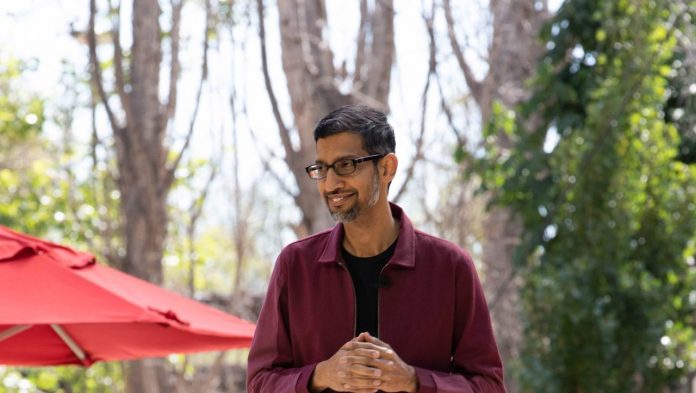 Google dares something. While many other companies are currently preproducing their virtual events and simply running them online at a certain time, Google has broadcast the Google i / o developer conference kick-off event live, including slips of the tongue and extended breaks. For about two hours, the directors of the internet company, and above all CEO Sundar Pichai, took turns presenting innovations and research projects.

The news with the greatest impact is likely to be the first look at the Android 12 smartphone operating system. After all, according to the company, the software is now actively used on three billion devices.

The biggest innovation in the update announced in the fall is Google’s “Material You” design, which has fundamentally revamped the visual appearance and some UI functionality. It starts with the fact that you can select parts of the design on your own as a user. For example, the colors and tools the system should use. The program can, for example, recognize dominant colors from its own image and define them as system colors. The custom design is associated with the Google account and should be automatically transferred to the other devices of the relevant user. There is a similar functionality in Windows 10, for example.

The new animation should make the system look more lively. Also by making room for others who were removed. Google mentions as an example: If you’ve read all of the notifications on the lock screen, the time will be displayed larger. Innovations also include the fact that the redesigned Quick Access Bar, which can be swiped down from the top of the screen, now also contains fields for controlling smart home and Google Pay.

Functionally, the new privacy dashboard is great, as you can see which apps have used which data and when. If you notice inconsistencies, for example due to an app accessing the camera, but images are not part of its functionality, you should be able to disable access to the corresponding data source immediately. A familiar feature on iPhones and iPads: If an app connects to the camera or microphone, regardless of the cause, this is indicated by a dot of green light in the top right of the screen.

Another option, which Google took inspiration from for what appears from iOS 14, is the ability to only allow apps that use location data to access the approximate location, not the exact location.

a Android 12 beta Now available for devices from Google, OnePlus, Xiaomi and other companies Available. However, before installing it, you should backup all personal data and be aware that such pre-installed programs always contain bugs that can cause crashes and data loss.

For a long time, he was cool about Google Wear’s smartwatch OS. The group is now trying to breathe new life into the program with Samsung’s help. To this end, Wear will be integrated with the Tizen OS that Samsung developed for its own smartwatches. Companies expect a greater range of applications, longer battery life, and faster application launch. Additionally, some of the functions of Fitbit fitness equipment – which was recently acquired by Google – will be integrated into the future system.

Chat with a kite

To illustrate the extent to which Google is allowing AI to lead natural-looking conversations, Sundar Pichai conducted.Language model for dialogue applications“LaMDA for short. The examples were intended to provide an overview of how industrial assistants will interact with people in the future, even when it comes to topics they are not majoring in.

Here, however, Google lost the courage to make a live show and the conversations were played as recordings. Then Pichai, the head of Google, admitted that LaMDA was not over yet, that errors still occurred and that sometimes the program was simply not responding. This is the case with trial versions.

Echo from a black hole: Researchers succeed in capturing a great...