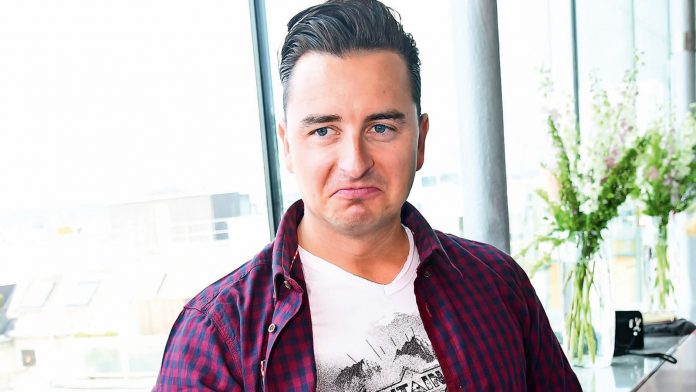 On Valentine’s Day 2020, he was on stage for the last time in Spielberg in front of the crowd. Since then, Andreas Gaballier (36) has “just” made people sit up and take notice with an online show of 500,000 fans, a number one hit Noir Wind, the national anthem at the Grand Prix of Styria and several holiday photos from Lake Wörthersee. Now it goes to full throttle again!
plans. Yesterday, he put Liebe leben’s new song, a summer ballad with specially created dances and an LGBT message for Pride month, online. It broke into second place on iTunes, only to be defeated by Seiler and Speer. Today follows the television premiere of the Silbereisen Schlagercountdown Show. He even wants to serve vodka to go with his childhood friend Manuel Politzky in Velden. On Tuesday, he will release his third collection of fashion for Otto in Vienna.

With the new hit, Gabalier also offers a musical reconciliation. After stirring Manderl-Weiberl at the 2015 Amadeus Awards, he now delivers “the message that love should and should be for everyone.” He explains the song in an Ö3 interview: “It was just a big concern for me to clean things up a little bit about the lyrics and make it clear I had no problem with that at all.”

Gabalier also offers an apology at the same time. (“I’m sorry for what I did somehow. That anti-gay angle I moved to afterwards.”) Also in the direction of Conchita Wurst. “I definitely didn’t mean to hurt anyone. It shouldn’t have been an attack on anyone.”

Despite all the foresight (“Elephants shouldn’t be taken out of ants.”) Gaballier also threw new explosives into his Ö3 alarm clock: “You don’t always have to smell everything that once was. That’s why I think I’m going to sing the hymn like that again.” “.