Home World From April, there is a risk of job loss: England has decided... 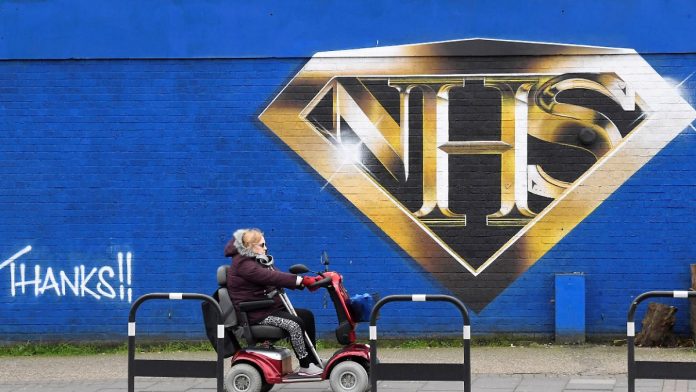 From April there is a risk of losing a job

While the vaccination period for caregivers of the elderly in England is about to end, government health workers have until April. But the British health minister then announced the risk of losing the job. He argues that there are high levels of infection from unvaccinated individuals.

In England, NHS public health workers are required to be vaccinated from 1 April. Health Minister Sajid Javid said in the British Parliament that those working on the front lines of the NHS and not fully vaccinated by then were risking their jobs. For nursing home workers, vaccination is mandatory from November 11. The move not only protects lives, Javid said, but also the NHS. His employees also have a special responsibility.

According to the Daily Telegraph, 11,688 people fell ill with Covid-19 and died after being admitted to NHS hospitals in England due to other illnesses. The British government is only responsible for health policy in England, and in other parts of Scotland, Wales and Northern Ireland, local governments are responsible.

According to the Health Secretary, around 80 to 90 percent of NHS staff in England are fully vaccinated, depending on the region. This means around 80,000 to 100,000 NHS workers are not vaccinated – and many wonder what happens to the NHS if they lose their jobs. Hospitals already have long waiting lists as many treatments have been postponed due to the pandemic. “The NHS is already under a lot of pressure this winter, and we know there are nearly six million on waiting lists,” Labor health spokesman Jonathan Ashworth said. He warned that government policies that are “commendable in principle” may exacerbate some of the chronic problems of understaffing.

The controversy over compulsory vaccination has begun in Germany

Health care workers are also required to be vaccinated in other countries, such as Italy or Greece. In France, all workers in hospitals, the elderly, nursing homes, nursing services, emergency services and firefighters must be vaccinated since September. Skeptics were expelled from the vaccine.

In Germany, the debate over compulsory vaccination of medical staff after an outbreak in nursing homes is only gaining momentum. A week ago, the Chairman of the Board of Physicians of Statutory Health Insurance, Andreas Jassin, put the topic on the agenda. He believes it is necessary to get vaccinated. But he argued that this was a political decision. Mecklenburg-Vorpommern State Premier Manuela Schweizig expresses caution at the ZDF Forum about compulsory vaccinations for health and nursing workers. The SPD politician says this should definitely be discussed. So far, she has advocated only mandatory advisory services.

CDU deputies may have lobbied for Munich in Ukraine

Rich Germans fortify their billions in these countries