Home science Find out why: Why it’s easier to catch a cold when the... 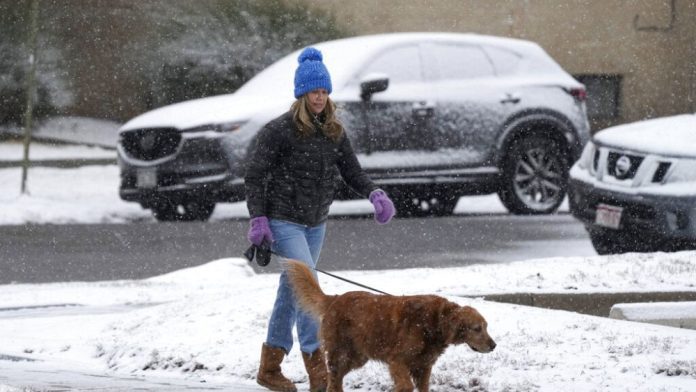 Again every year…if your nose is runny, your head hurts, or you’re coughing, it quickly becomes apparent that you have a cold.

Now researchers in the US have discovered why this annoying disease develops in the winter.

I Journal of Allergy and Clinical Immunology Researchers explain why lower temperatures and increased respiratory infections are associated with other viruses that cause influenza and Covid-19.

Contrary to what you might think, the main reason is not that we spend more time indoors in winter and therefore have closer contact with others.

People become infected primarily through the upper respiratory tract (nose, mouth, and throat), either by inhaling the pathogen or by introducing it into the mouth or nose through the hands.

The sacs in the nose fight viruses and bacteria

The research team at Mass Eye and Ear Hospital and Northeastern University in America discovered an immune response in the nose that fights viruses that cause respiratory infections, for example.

But this immune response, which was discovered in bacteria in 2018, is blocked in cold temperatures.

Specifically, scientists discovered that cells in the front of the nose identify bacteria and viruses, and then billions of tiny extracellular vesicles, or EVs for short, “like a swarm” release, which then traps and destroys the invading pathogens.

In the previous study, the researchers were also able to show that EVs transport protective antibacterial proteins through mucus from the front of the nose to the back along the airways. There they can protect cells from bacteria before they penetrate the body.

In testing, the researchers then discovered that this antiviral defense function is only significantly reduced when exposed to cold. So it is easier for viruses and bacteria to penetrate the body.

“Our study provides a direct quantitative mechanistic explanation for seasonal fluctuations in the prevalence of upper respiratory tract infections,” the researchers say.