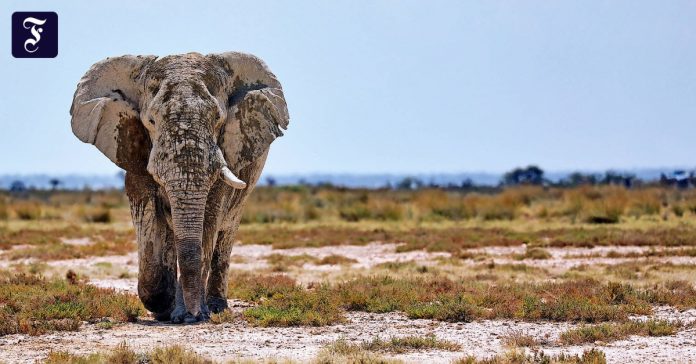 WLIn order to reduce the number of elephants in Namibia, the southern African country wanted to sell 170 animals – but only a third of the elephants were auctioned. How is that The Ministry of Environment On Wednesday, buyers were found for 57 of the animals for sale in December. The government took the equivalent of 340,000 euros.

According to the information, 15 of the elephants sold are still private property in Namibia. Another 42 will leave the country. The government in Windhoek has not provided any information on the countries to which the elephants have been exported.

It is estimated that about 28,000 elephants live in the wild in Namibia. They are currently dehydrated and increasingly at odds with humans in their search for food. Elephants are especially dangerous to villagers when they trample their fields and attack people in individual cases.

Announcing the auction, the government referred to “the escalation of clashes between humans and animals.” Prior to the auction, Namibia was repeatedly criticized for handing over elephants for killing.

But the auction also caused “a lot of negative publicity,” ministry spokesman Romeo Muyonda said to justify the success of the low sales.