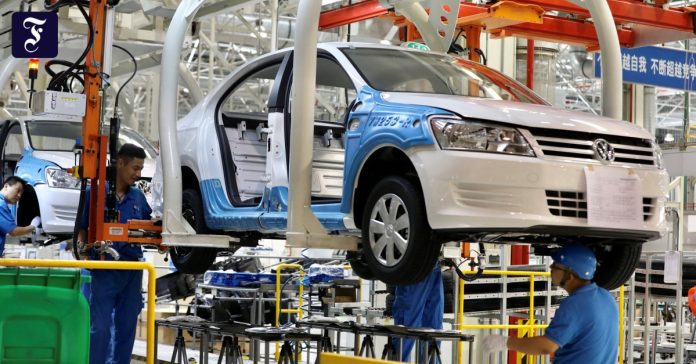 aIn light of human rights abuses against China’s Uyghur minority, Federal Economy Minister Robert Habeck (the Greens) wants to give human rights more weight in future trade policy. A company also operating in the Uyghur province wanted to extend investment guarantees. We will not accept that, Habeck told Welt am Sonntag. In his words, this is the “first time” that investment guarantees have “failed” on human rights grounds.

Of course, requests for guarantees will continue to be processed on a case-by-case basis, Habek said. “But the guiding principle is: In light of forced labor and mistreatment of Uyghurs, we cannot secure any projects in Xinjiang.” According to Spiegel information, the company in question is the Volkswagen Group. A ministry spokeswoman quoted the news magazine as saying that a total of “four requests from a company to extend investment guarantees” had not been accepted.

Volkswagen is waiting for the decision

So Volkswagen confirmed the corresponding requests for investment guarantees. However, the group has yet to receive a response from the federal government. “We expect a decision,” a Volkswagen spokesman said. Of course, rejection is also possible.

Volkswagen has been criticized for its business in China mainly due to its activities in Xinjiang. According to Spiegel information, Volkswagen does not want to invest in the controversial plant there, but in other factories in China. But the ministry refuses to approve the new project. The ministry said, according to “Spiegel”, that the requests are linked to a commercial site in Xinjiang, at least the connection cannot be ruled out.

For VW, the rejection has implications that the group has to take the financial risk of its planned commitments in China alone. According to information from Volkswagen circles, the government’s decision will not change anything about Volkswagen’s investment plans.

In an interview with Welt am Sonntag, Habeck also warned that Chinese officials should be subject to sanctions like the Russian oligarchy if they are clearly implicated in crimes against the Uyghurs. He said EU sanctions against officials for gross human rights violations in Xinjiang have been in place for more than a year. “If the other people responsible can be identified and their actions proven, I think this is worth considering.”

Comment: The failure of the Genobank merger is a testament to...