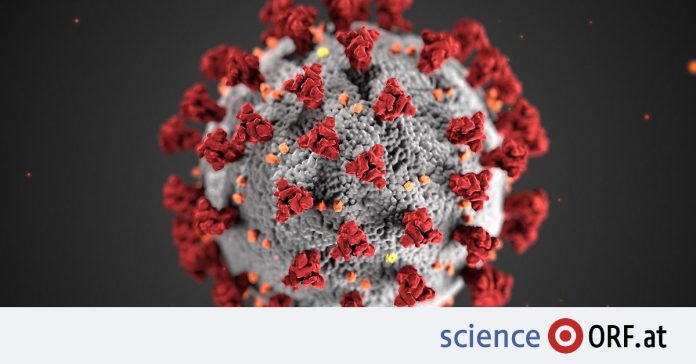 With Omikron, a kind of tipping point has occurred regarding the evolution of the virus, says a molecular biologist Ulrich Elling. Prior to this, all variants of the original form of Sars-CoV-2 were developed. “Now, for the first time, we are in a phase where current variants continue to emerge from Omikron.”

The dynamics are currently very high, and can also be seen from the speed with which new sub-variables emerge and are able to unleash new waves. The changes in the virus are often minor, but the impact is massive, according to a sequencing expert from the Academy of Sciences’ Institute of Molecular Biotechnology: “We note that even small changes within these omicron lines are capable of causing major changes and triggering another wave.” Elling points to the BA example. 5, this variant has only three mutations in addition to BA.2. “But: they are in strategically important positions and could generate a new wave.”

The pattern of evolution is always the same: “The first step is to bypass the antibodies, the second step is to avoid infection.” In Elling’s view, the fact that the lungs are less affected is not a logical consequence of evolution: “Fortunately we see this in Omicron, but that’s just a coincidence.”

It is possible to achieve greater leaps in development

The virus is currently mutating in a similar way in different parts of the world – for example, the BA.2.75 variant in India is similar to a new species in Germany, and these specific mutations have also been repeatedly detected in Austria. “There appears to be only one trend that is currently shown to be beneficial for the virus, and mutations in that trend are now occurring independently.”

But what should not be overlooked, according to the researcher: Delta with its severe cycles is still present. The variant has not gone away, so it is possible that it will play a bigger role again in the fall and winter.

The causative agent of another disease shows that there can always be big leaps in evolution: “In the case of influenza, you can see that the strain is diversified for a while and that new mutations keep appearing. And after a few years, when a high level of immunity of the population builds up, it is transmitted The virus has turned into a completely new species – these are the years when waves of violent influenza abound again.”

What do these notes mean for fall? Geneticist Ulrich Elling is generally in favor of more long-term considerations. “We have to realize that it’s not just about next fall, but we’ve reached an epidemic — it’s a different feeling than many of us had hoped for.”

SARS-CoV-2 is highly contagious, so there will always be waves. In order to keep it as flat as possible, you have to set ground rules and then stick to them, says Elling: “This is the new reality for the next few years. We have to implement some adjustments, for example for clean indoor air and protection of vulnerable groups.” Winter is over again and then the epidemic will be over – the researcher does not see this perspective.

This American rant against antivax

A new treatment against an aggressive type of breast cancer authorized...