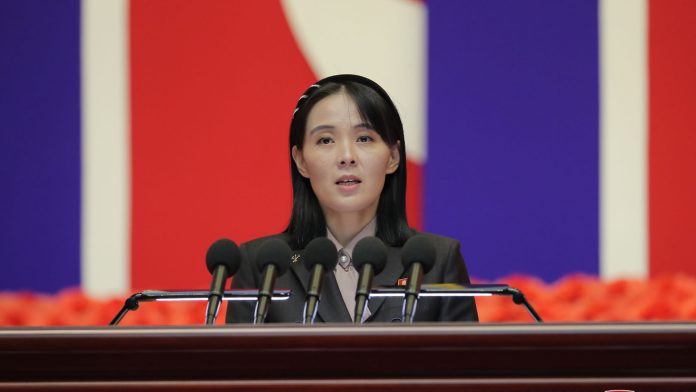 North Korea has rejected an offer from South Korea for massive economic aid in exchange for denuclearization. The sister of Governor Kim Jong Un, Kim Yo Jong, called the proposal “the height of absurdity,” according to the Korean Central News Agency.

Kim Yo-jong said South Korean President Yoon Seok-yeol’s belief that North Korea would trade its “honor” and “nuclear weapons” for economic cooperation shows the South Korean president is “simple-minded and childish”. “No one trades their fate for cornbread.” It also accused South Korea of ​​restating its previous proposals.

South Korea’s presidency expressed regret over Kim Yo Jong’s “rude” comments but stressed that the offer was still on the table. “North Korea’s position is in no way conducive to peace and prosperity on the Korean Peninsula and its future (North Korea), and only serves to further isolate it from the international community.”

South Korea’s head of state on Monday promised North Korea, among other things, assistance with food and electricity supplies, infrastructure construction and commercial facilities modernization if the country agreed to the disarmament process. South Korea will also participate in promoting North Korea’s agriculture. As a result, Yun promised, the living conditions there would greatly improve.

Yun already had the North In his inaugural speech in May Significant economic aid in exchange for nuclear disarmament. But according to experts, the likelihood of Pyongyang accepting such an offer is slim. North Korea invests a significant portion of its economic output in its armaments program each year, and has made it clear on several occasions that it does not intend to accept offers of denuclearization.