Home World Drama in the Seine: a beluga whale refuses to eat 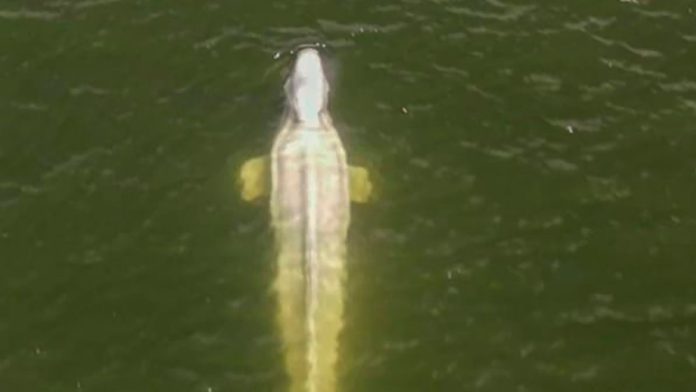 There is no good news for the beluga whale in the Seine. He continues to stay locked up, but feels worse. He still refuses to eat. The odds are not good.

A completely emaciated beluga whale swimming in the Seine River, France, continues to refuse to eat. According to the authorities, he is located in Normandy, 70 kilometers from the capital, Paris. The whale is still under observation. The Notre-Dame de la Garenne lock is approximately 200 meters long and may not be used until further notice.

The animal was first seen in the Seine on Tuesday – beluga whales usually live in the arctic waters off the coasts of Russia, Alaska and Canada. French authorities have described the sighted whale’s health as worrying, it has been “emaciated” and appears to be suffering from “skin changes”.

On Friday, animal rights activists said they hoped the whale would eat the lock. The marine conservation organization Sea Shepherd lamented that “attempts to feed in the river have so far not mattered to the beluga”. If the whale doesn’t eat in the lock, things will get complicated, said the president, Lamia Al-Samali. “Beluga vets tell us we have to act fast because the animal is so lean and it will be very difficult to get it out of the water and take care of it.”

According to experts, this is the second time that a beluga whale has strayed to France. The first time a fisherman caught a whale in his net was in 1948 in the mouth of the Loire River.