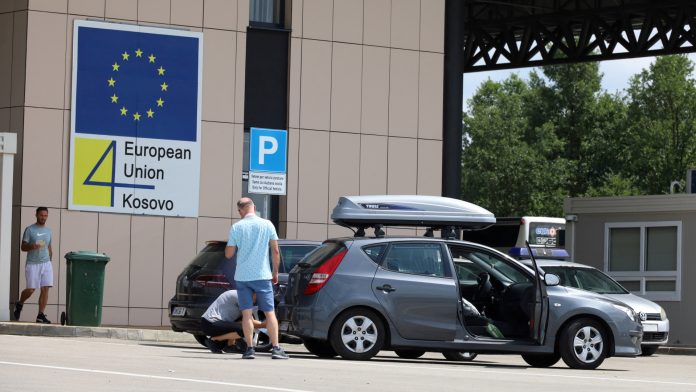 According to the European Union’s foreign policy coordinator, Borrell, the dispute between Serbia and Kosovo over entry documents has been settled. All citizens should now be able to travel freely between the two countries with their ID cards.

According to the European Union, Serbia and Kosovo have settled a dispute over the validity of their citizens’ identity papers when crossing the border.

“We have an agreement,” said Josep Borrell, EU foreign policy chief. During the EU-brokered dialogue, Serbia agreed to cancel special entry and exit documents for people holding Kosovo passports. Kosovo, in turn, has promised not to provide such papers to persons with Serbian passports. Borrell said all citizens will now be able to travel freely between Kosovo and Serbia with their ID cards.

Borrell spoke of a “European solution”. The Spanish politician also wrote that he congratulated Serbian President Aleksandar Vucic and Kosovo Prime Minister Albin Kurti on this decision. Courty also responded shortly afterwards on Twitter: “Reciprocity should be the spirit of core solutions.”

The representative of the Serbian government in Kosovo, Petar Petkovic, spoke of a move to ensure “peace and stability in the territory of Kosovo and to obtain Serbian identity cards for Serbs” living in Kosovo, “and thus for the existence of the Serbian state in this region.”

Controversial Serbian entry rules were due to enter into force on 1 September. Originally, it was supposed to be in effect since August 1st. However, under pressure from the United States and the European Union, the plans were delayed by a month. The goal of the Kosovo government was to treat Serbs crossing the border as Serbia treated the Kosovar population.

For nearly a decade and a half, Serbia refused to recognize the declaration of independence of the former province of Kosovo. Muslim Kosovo declared independence from Serbia in 2008. Germany and a majority of UN member states recognize the republic. Serbs make up about five percent of Kosovo’s 1.8 million population.

In the past, there have been sieges and clashes between the Serb minority and the security forces in the border area. The EU’s mediation between former wartime enemies has made little progress in recent years.

Russia seems to be taking places in southern Ukraine