Home World Criticism of the Taliban, which bans films and series with women 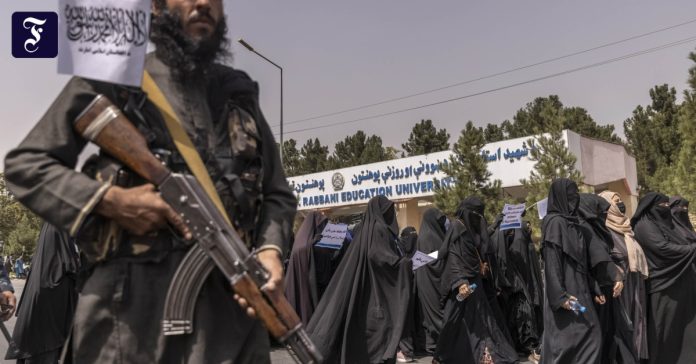 aAfghan journalists and activists have criticized the Taliban government’s new restrictions on women on television. SunTV wrote on Twitter on Tuesday that the “guidelines threaten media freedom” and restrict “the presence of journalists.” Sun TV is the first Afghan radio station to exclusively employ women as producers and reporters.

The Ministry for the Promotion of Virtue and the Prevention of Vice called on television channels, on Sunday, to stop showing films or series with women. Television journalists are allowed, but they must wear the Islamic headscarf. In addition, stations must stop broadcasting films or programs that “violate Islamic or Afghan values.” A ministry spokesman said it was more about “religious guidelines” than regulations.

Hadd Shatullah Mojadidi, a founding member of the Afghan Federation of Journalists, criticized the advance on Tuesday. He pointed out that if the instructions are implemented, some media outlets will be forced to stop their operations. Asliya Ahmadsi, a journalist in exile, said female journalists would “feel threatened”.

During their reign from 1996 to 2001, the Islamists largely banned television, movies, and other entertainment because they believed them to be immoral. Despite the assurances TalibanTo govern more moderately this time, women’s rights are greatly curtailed.