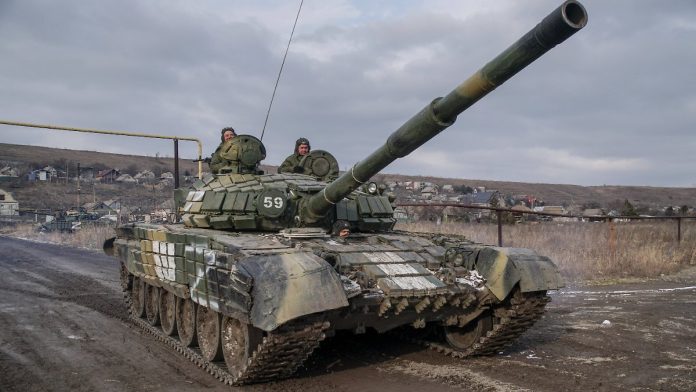 According to Ukrainian information, about 13,000 people were evacuated from several cities of the country. However, no one was able to leave the besieged city of Mariupol. Moscow and Kiev blame each other, while more and more civilians are being killed.

Russian sources reported that a new attempt to evacuate civilians failed in the coastal city of Mariupol in southeastern Ukraine, which has been besieged by the Russian army. The Interfax news agency quoted Colonel-General Mikhail Mizintsev of the Defense Ministry in Moscow as saying that 50 buses could not leave due to the bombing. Several Orthodox clergy agreed to accompany the residents as they left the besieged city.

Ukrainian Deputy Prime Minister Irina Verychuk said the queue was held at a checkpoint for five hours. There should be another try on Sunday. On the other hand, Russia accused the Ukrainians of “nationalists”. Can’t check it out. Ukraine’s Interior Ministry said border guards had killed 15 Russian soldiers in an attack on Mariupol. According to the Russian Ministry of Defense, the humanitarian situation in the city is very difficult.

Evacuation works in other cities

According to a US service provider, satellite images show severe damage to civilian infrastructure and residential buildings in the southern Ukrainian city of Mariupol. Dozens of high-rise buildings were severely damaged and fires broke out, the provider of the images, the American company Maxar Technologies, explains. And Ukrainian Foreign Minister Dmytro Kuleba had said earlier that Russian forces had surrounded Mariupol, but it was still under Ukrainian control. Mariupol City Council said on Friday that at least 1,582 civilians in the city were killed as a result of the Russian bombing and 12-day siege.

But according to both sides, there have been evacuations in other corridors. According to the regional administration, more than 10 thousand people were taken to safety via the “green corridor” in buses and special cars from the Sumy region with the cities of Sumy, Lebden, Konotop, Trostianets and several villages.

According to the Ukrainian Interior Ministry, about 200 people were evacuated from the small town of Wohledar in the Donetsk region. At least 60 minibuses transported people to safety from the northwestern outskirts of Kiev. According to the Kyiv regional administration, there were about 4,000 people.

See also  Ship cruises in the Indo-Pacific: China does not want to receive German frigates