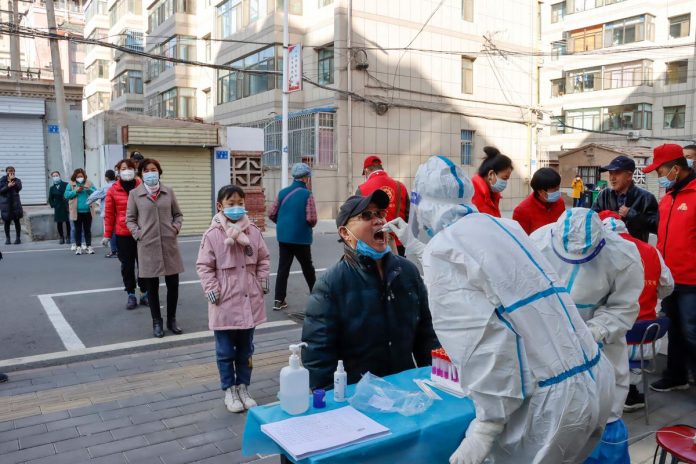 The country faces new cases of coronavirus in twelve provinces

On Monday, the authorities imposed a closure on tens of thousands of residents in northern China, and demanded that Beijing residents limit their movements due to the recovery of cases of the Covid-19 virus in the country, a hundred days before the start of the Winter Olympics in Beijing.

China identified 39 new cases of Covid-19 on Monday and more than a hundred over the past week, most of these infections linked to the movements of a group of tourists. The Chinese authorities, which practice a policy of “zero tolerance” to the virus, responded quickly, imposing restrictions and organizing mass screening campaigns in the affected areas.

In Beijing, where the Winter Olympics will begin on February 4, a marathon race of about 30,000 runners on October 31 has been postponed indefinitely “in order to prevent the risk of transmission of the epidemic,” according to organizers. The Wuhan Marathon, which was scheduled for 26,000 participants on Sunday in the city where the novel coronavirus was first identified at the end of 2019, was canceled at the last minute for the same reasons.

A Beijing city official has asked residents to avoid “non-essential” trips outside the city as well as large gatherings for the time being. Authorities said anyone arriving in Beijing from an area where Covid-19 cases have been identified should test negative.

See also  The good side of ADHD

In some northern cities, including Lanzhou, the capital of Gansu Province, bus and taxi services have been suspended and tourist sites closed to visitors.

There is no increased risk of herpes zoster after Covid-19 vaccination...