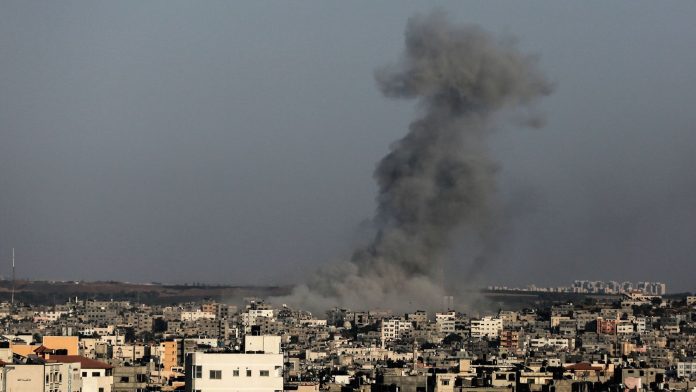 Rockets have been flying between Palestinians and Israelis since the Israeli army’s military operation on Friday. The ceasefire is now in effect.

An Egyptian-brokered ceasefire in the Gaza conflict went into effect at 11:30 p.m. local time (10:30 p.m. CET) on Sunday night. Earlier, Israel and the Palestinian Islamic Jihad announced the agreement separately.

Israel has launched air strikes against the group in the Gaza Strip since Friday, and Palestinian militants have fired more than 900 rockets into Israel. Rocket attacks on Israeli towns continued until shortly before the ceasefire. In the evening, sirens also sounded in the coastal city of Tel Aviv. The Israeli army continued its operations in the Gaza Strip until the end.

In declaring the ceasefire, Israel and Islamic Jihad thanked neighboring Egypt for mediating the conflict. The Palestinian organization said that Islamic Jihad insists on its right to “respond to any Israeli aggression.” Israel also stressed that it would respond harshly in the event of violations.

A high-level Egyptian delegation arrived in Gaza this evening to negotiate the details of a ceasefire. The German news agency learned this from the security services. It is said that the agreement includes the release of two Palestinian prisoners in Israel, among them Bassam al-Saadi, a prominent leader of the Islamic Jihad movement. His arrest in the West Bank last Monday preceded the latest escalation.

Immigration: The number of illegal entries to Germany is on the...